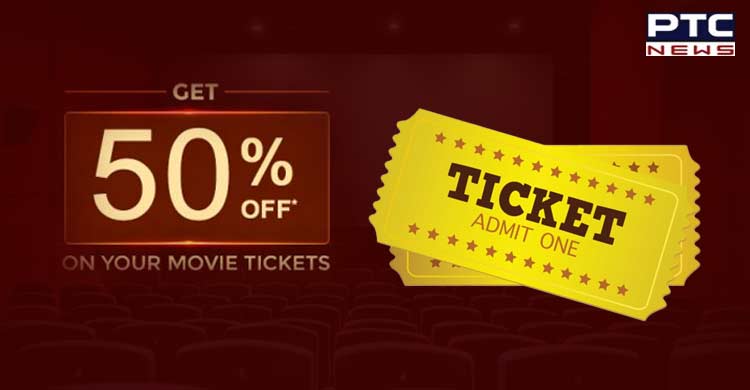 New Delhi, October 2: Makers of the blockbuster movie 'Drishyam' have come up with a first-of-its-kind association with multiplex chains to offer a 50 percent discount on booking tickets of Ajay Devgn's thriller film 'Drishyam 2' on October 2.

Everyone knows the trip Vijay Salgaonkar and his family took to Panjim on these dates and every year since the film's release we remember the family on these iconic dates. And to mark October 2, 'Drishyam 2' makers have offered a 50 percent discount on pre-booking on October 2-3 for the release day, November 18 of the movie.

Film critic and analyst Taran Adarsh also confirmed the news. He posted,"TEAM 'DRISHYAM 2' OFFERS 50% DISCOUNT ON FILM TICKETS ON RELEASE DAY... #Drishyam2 makers tie up with multiple chains to offer 50% discount for the release day , *if* tickets are booked on 2 Oct 2022... Stars #AjayDevgn as #VijaySalgaonkar."

Helmed by Abhishek Pathak, the film also stars Tabu, Ishita Dutta, Akshaye Khanna, Rajat Kapoor, and Shriya Saran in the lead roles. The film is all set to hit the theatres on November 18, 2022.

Ajay Devgn's character of Vijay in the hit 2015 film 'Drishyam' made everyone believe that their family went on a holiday which in turn was a perfect plan to save his family from a murder conviction. Ajay is all set to reprise one of his most intriguing characters on-screen and continue in Vijay's shoes in the sequel.

The story unveils a journey that leaves the audience thinking about what might be his way out this time.

Tabu will reprise her role as Meera Deshmukh, Inspector General of Police.