127 people killed in mass riot during football match in Indonesia 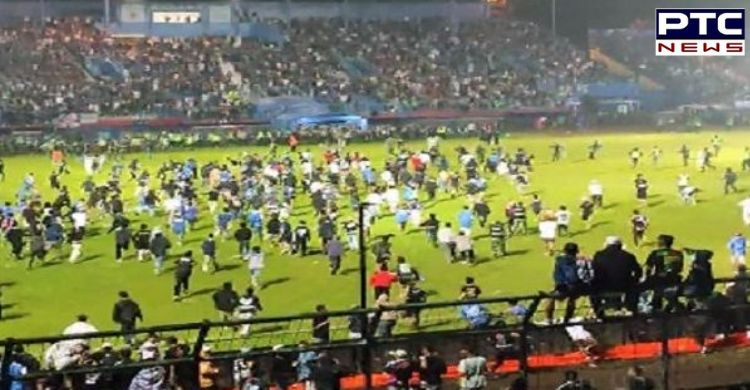 Jakarta (Indonesia), October 2: At least 127 people, including children and police officers, died after riots broke out in a football match in Indonesia on Saturday night.

The soccer match was held inside the Kanjuruhan Stadium in Malang, a landlocked city in Indonesia's East Java province.

The defeat of Arema Football Club at home by arch-rivals Persebaya drove a huge number of their supporters to flood the pitch, sparking mass riots that killed more than 100 football fans and two police officers on the site, according to the Daily Star.

Several videos that went viral on social media showed fans climbing over fences to escape from the smoke clouds after tear gas was used to disperse the crowds at the site.

Notably, the stampede persisted in the streets after the chaos on the soccer field ended, according to the Daily Star.

Also Read | PUC certificate must to buy petrol, diesel in Delhi from Oct 25