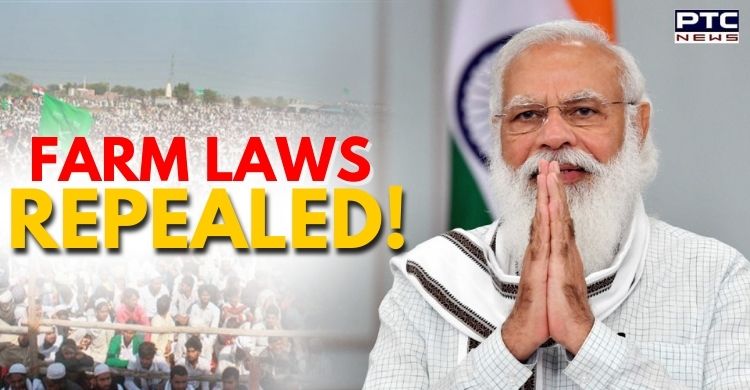 Addressing the nation, the Prime Minister wished the people on the occasion of Gurupurab 2021. He also expressed happiness that after a gap of one and a half years, the Kartarpur Sabih Corridor has now reopened. 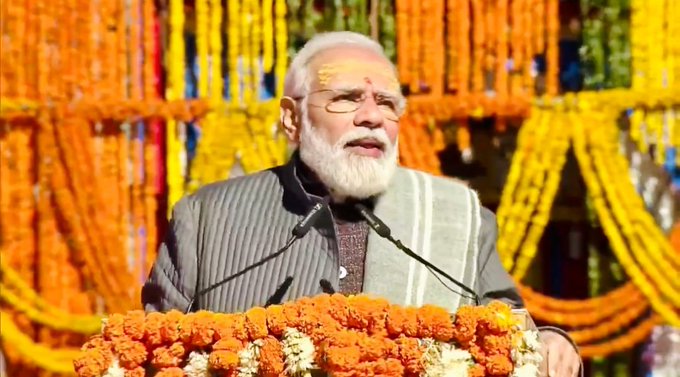 The Prime Minister said, “I have seen the challenges of the farmers very closely in my five decades of public life, that is why, when I was given the opportunity to serve the country as Prime Minister in 2014, we gave the highest priority to agriculture development and farmer welfare."

He said that four-prong measures of seeds, insurance, market, and savings were taken to ameliorate the conditions of farmers. Along with good quality seeds, the government also connected the farmers with facilities like neem coated urea, soil health card, and micro-irrigation, he said.

Also Read | We will wait till farm laws are revoked in Parliament: Rakesh Tikait

The Prime Minister further pointed out that many initiatives have been taken for the farmers to get the right price for their produce in return for their hard work. The country has strengthened its rural market infrastructure.

“We not only increased the MSP but also created a record number of government procurement centers. The procurement of the produce made by our government has broken the records of the last several decades”, he said.

He also said in this great campaign to improve the condition of the farmers, three agricultural laws were brought into the country. "The objective was that the farmers of the country, especially small farmers should be strengthened, they should get the right price for their produce and maximum options to sell the produce," he said. 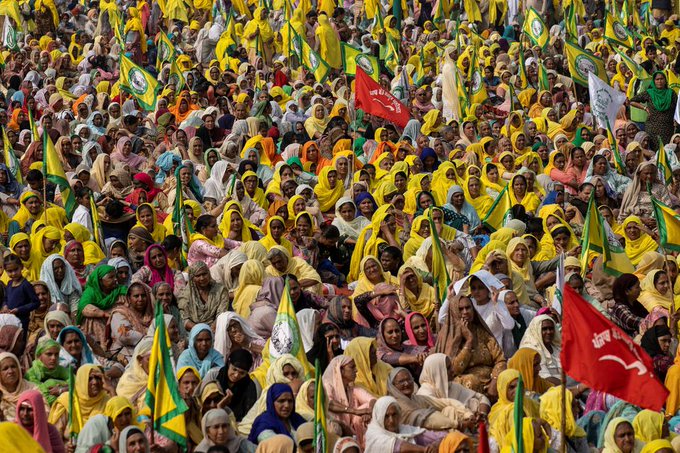 PM Narendra Modi said that the Government brought these laws for the welfare of farmers, especially small farmers, in the interest of the agriculture sector, for a bright future of ‘gaanv-gareeb’ - village-poor, with full integrity, a clear conscience, and dedication towards farmers.

Hearty congratulations to all Punjabis on the repeal of the 3 #farmlaws. This is a big victory for our farmers, coming on the auspicious occasion of Sri Guru Nanak Dev Ji’s Prakash Purab. #GuruNanakJayanti

He continued, “such a sacred thing, absolutely pure, a matter of farmers' interest, we could not explain to some farmers despite our efforts. Agricultural economists, scientists, progressive farmers also tried their best to make them understand the importance of agricultural laws”.

On Gurupurab 2021, the Prime Minister said that today is not the day for blaming anyone and rededicated himself to working for the welfare of the farmers.

He announced an important initiative for the agriculture sector. He announced the formation of a committee to promote zero budgeting-based agriculture, to change crop patterns as per the changing needs of the country, and to make MSP more effective and transparent. The Committee will have representatives of the central government, state governments, farmers, agricultural scientists, and agricultural economists.

Following the full speech of PM Narendra Modi, farmers leaders have started to react on the development.