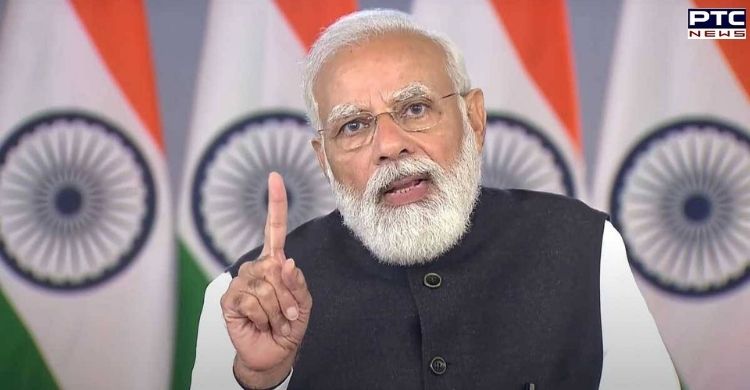 On the occasion of Parkash Purab of Guru Nanak Dev on Friday, Prime Minister Narendra Modi made a big announcement and decided to repeal all three farm laws against which farmers have been protesting at the Delhi borders since November 26, 2020. He also tendered apology to the protesting farmers.

Several farmers have died during the farmers' agitation.  In his address to the nation, PM Narendra Modi said, "Today I want to tell everyone that we have decided to repeal all three farm laws."

He said, "On the Parkash Purab of Guru Nanak Dev ji, I urge all protesting farmers to return to their homes and farms."

Farmers have been protesting the government's three farm laws since had passed the Farmer's Produce Trade and Commerce (Promotion and Facilitation) Bill, 2020, and the Farmers (Empowerment and Protection) Agreement of Price Assurance and Farm Services Bill, 2020.