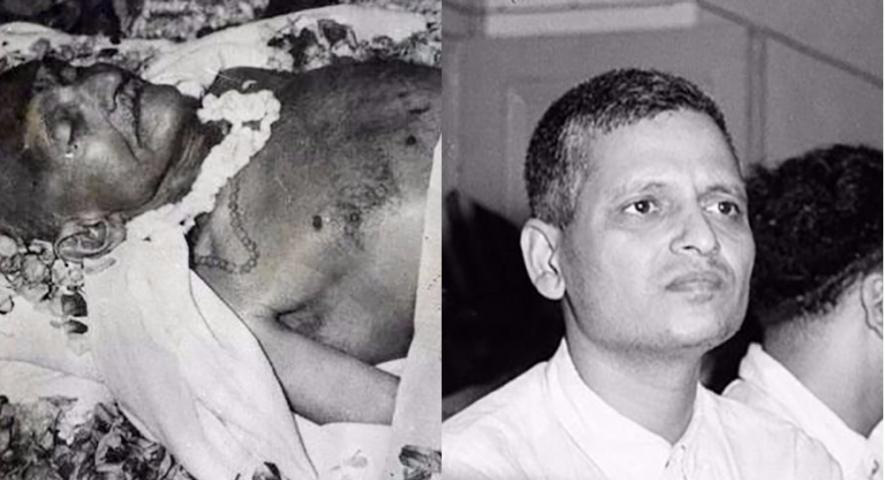 Adding to her growing list of controversial statements, the BJP's Pragya Singh Thakur said today, "Nathuram Godse, the man who assassinated Mahatma Gandhi, "was a deshbhakt (patriot), is a deshbhakt and will remain one,"

The saffron-wearing Pragya Thakur, BJP's candidate in Bhopal in Madhya Pradesh, had been asked to respond to an ongoing controversy over south superstar-turned-politician Kamal Haasan, saying that "Godse, the first extremist of independent India, was a Hindu".

The "Sadhvi" who is the main accused in the 2008 Malegaon blast was asked for a response in the context of allegations of "Hindu terror".

"Nathuram Godse was a deshbhakt, is a deshbhakt and will remain a deshbhakt. People calling him a terrorist should instead look within, such people will be given a fitting reply in the election," Pragya Thakur told reporters.

Dubbed accused No. 1 in the Malegaon blasts in which six people were killed and more than 100 injured, Pragya Thakur was seen as the face of what was termed Hindu terror during the Congress-led UPA government's rule.

In a highly polarised campaign in Bhopal, 49-year-old Pragya Thakur made controversial remarks like "cursing" Hemant Karkare, who died fighting terrorists during the 26/11 attacks and bragging about participating in the demolition of the Babri mosque in Ayodhya.

She was banned temporarily from campaigning by the Election Commission and also asked by her party to tone down her statements.

The BJP has requested action against Kamal Haasan for his comment.

"I am not saying this because this is a Muslim-dominated area, but I am saying this before a statue of Gandhi. Independent India's first extremist (theevravaadi) was a Hindu, his name is Nathuram Godse. There it starts," Kamal Haasan had said while campaigning in Tamil Nadu on Sunday.

Nathuram Godse, who assassinated Mahatma Gandhi in 1948, was a member of the Hindu Mahasabha.