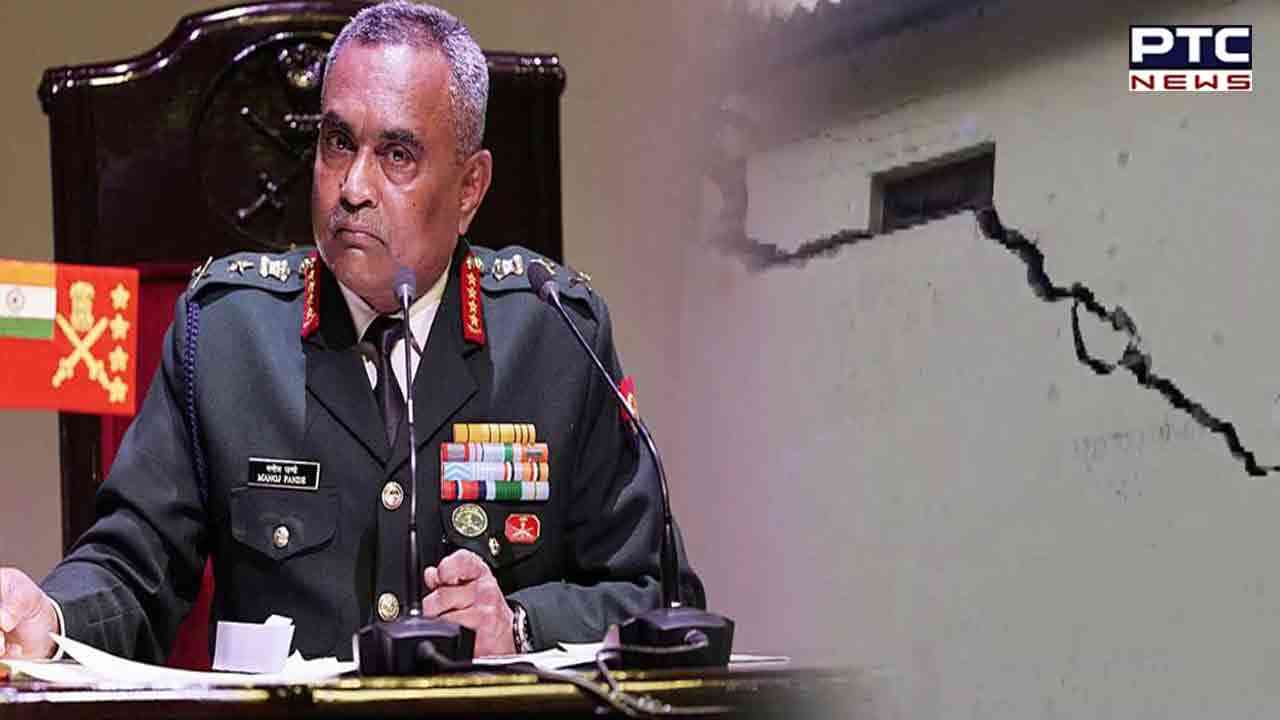 General Pande stated at the annual Army Day press conference, "25-28 buildings (of Army) have developed minor cracks and the soldiers have been temporarily relocated. If needed they will be permanently relocated to Auli."

Despite the ongoing crisis, the Army Chief stated that the army's access to forward areas is unaffected.

"As far as the bypass road (in Joshimath, Uttarakhand) is concerned, the work has been temporarily halted. But our accessibility to forward areas and operational readiness has not been affected," Army Chief added.

General Pande also stated that the army is doing everything possible to assist the local administration with the crisis.

Earlier today, the state government of Uttarakhand announced a Rs 45 crore relief package for families in Joshimath, where large cracks appeared in homes and on roads.

The relief package has been released for nearly 3,000 families in the Himalayan state, according to Chief Minister Pushkar Singh Dhami.

"For the time being, interim assistance of Rs 1.50 lakh per family is being given. An advance amount of Rs 1 lakh has been given to the affected land owners or families due to landslides in the affected area before the permanent settlement displacement policy is prepared," Dhami said.

The Chief Minister also announced that the state disaster authority has given each family Rs 50,000 as a non-adjustable one-time special grant for the transportation of goods and immediate needs of their buildings.

Over 720 buildings in the Joshimath city area have developed cracks as a result of landslides. Residents have been relocated to safer areas as part of the rehabilitation process, even as geologists and experts work to determine the causes of subsidence in the ecologically sensitive region.