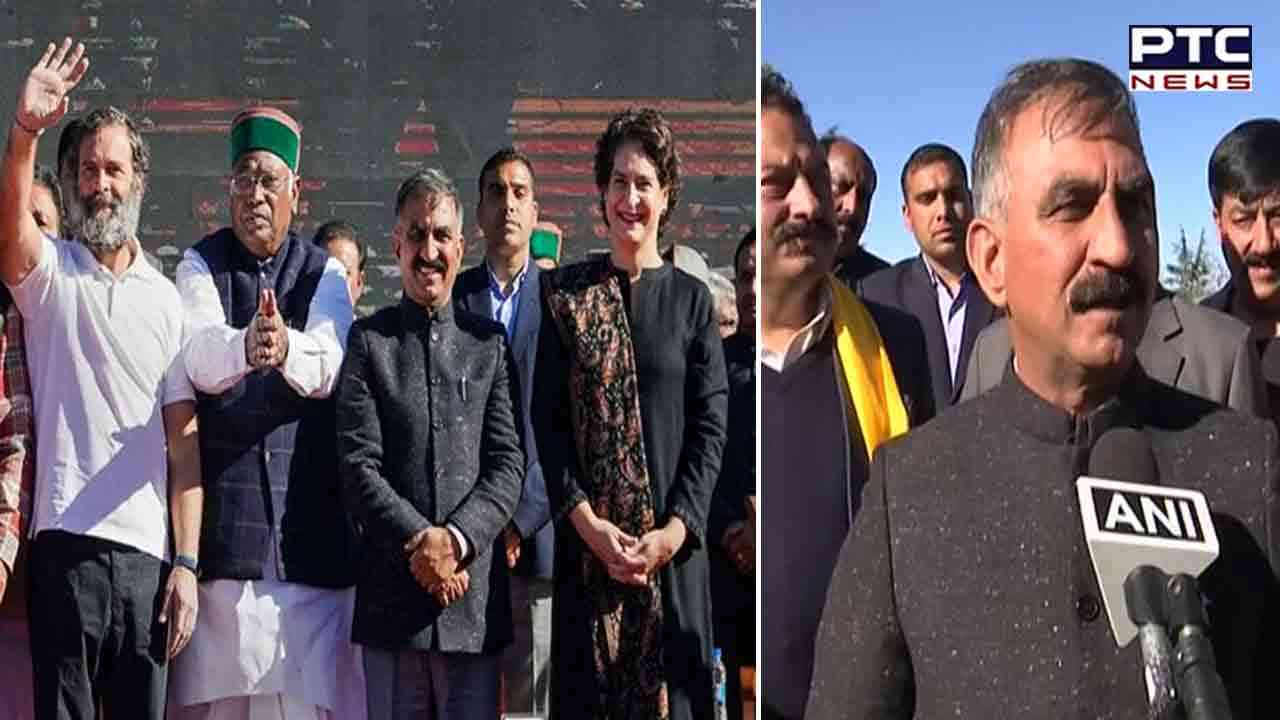 "We have given 10 guarantees and we will implement them. We will give transparent and honest government. We will implement OPS (Old Pension Scheme) in the first cabinet meeting," Sukhwinder Singh Sukhu said after taking oath as the CM of Himachal Pradesh on Sunday.

"Every person has the right to live. OPS helps people in drawing sufficient pensions in old age. I also urge the Centre to implement such beneficial schemes throughout the country," he had said.

Sukhu, who climbed the political ladder up from the grassroots level in Himachal Pradesh, took oath as the 15th Chief Minister of the hill state at a ceremony in Shimla.

Mukesh Agnihotri, former leader of the opposition, also took oath as the Deputy Chief Minister of Himachal Pradesh. Governor RV Arlekar administered the oath of office to them at a formal function being organized at Ridge Maidan in Shimla on Sunday.

The swearing-in ceremony of the new government in Himachal Pradesh was attended by top leaders of Congress including President Mallikarjun Kharge, party leader Rahul Gandhi, and All India Congress Committee (AICC) general secretary Priyanka Gandhi. A loyalist of the Gandhi family, Sukhu is a four-time MLA (58) and former chief of Congress in the state.

Sukhu is known as an affable and approachable leader who has a vast network in the hill state due to his long years in the organisation. He also holds a broad organisational experience in the state owing to his connection with the grand old party for many years.

He was the party's state unit president from 2013 to 2019 and spoke his mind even if it was not to the liking of the party's tallest leader Virbhadra Singh, a six-time Chief Minister.

Sukhu has been in favour of promoting and grooming younger Congress leaders in Himachal Pradesh.