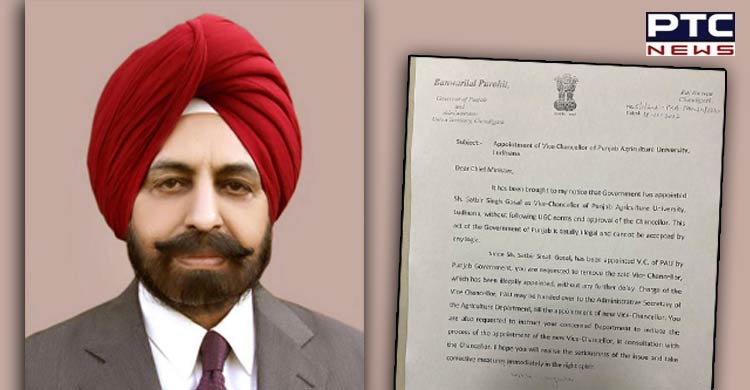 In a letter to Punjab Chief Minister Bhagwant Mann, Governor Banwarilal Purohit said "the appointment has been made in violation of the University Grants Commission (UGC) norms and without the knowledge of the Chancellor. This Act of the Government of Punjab is illegal and cannot be accepted by any logic".

The Governor directed that Dr SS Gosal be immediately removed as the Vice-Chancellor of PAU, Ludhiana, and the charge be handed over to the Administrative Secretary of the Agriculture Department.

Was appointed in August this year

A biotechnologist by profession, Dr Satbir Singh Gosal was appointed as VC of PAU, Ludhiana, in August. Bhagwant Mann had approved his appointment after a discussion with the PAU board of management. 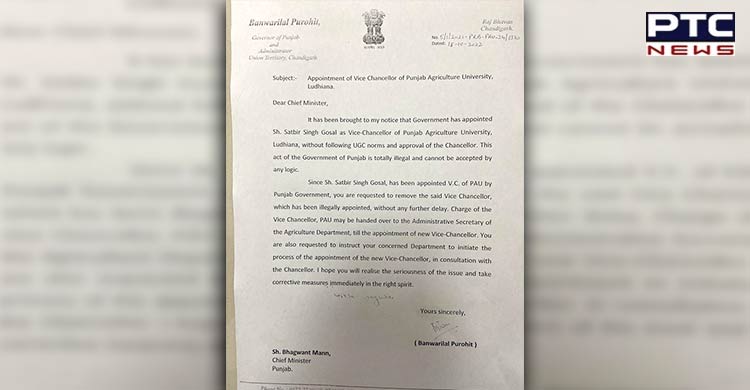 Before his appointment, PAU did not have a regular VC for over a year after BS Dhillon’s extended tenure ended last year.

Meanwhile, SAD president took to Twitter and urged the Punjab Governor not to interfere in the functioning of the PAU. "I urge Guv @Banwarilalpurohit not to interfere in functioning of our premier Agri Varsity- PAU & review decision to remove newly appointed VC Dr Satbir S Gosal. PAU's Board of Mgt is within its powers to appoint VC. It's in line with principle of federalism & should be respected," he tweeted.