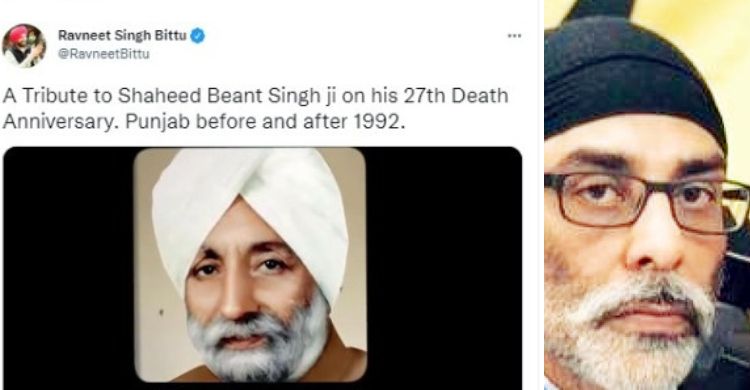 Condemning attack on religious institutions, Bittu said, “This is very unfortunate, such things should not happen at any religious place. People who do such things are devils, I urge them to not do such things in Punjab. Because these incidents  will ruin peace and brotherhood of Punjab and the situation of state may worsen further. I would request police officers to catch hold of these culprits and put them behind the bar”.

“Beant Singh curbed the idea of khalistan in such a way that it could not rise any further” said Ludhiana MP Ravneet BIttu. Flaying Sikhs for Justice Chief Gurpatwant Pannu he said that he (Pannun) is only capable of putting his videos online and is too coward to come in Punjab.

On Saturday 27th August 2022, a day before Punjab chief minister Bhagwant Mann’s visit to Jalandhar, pro-Khalistan slogans were raised in the city. These slogans were written on the posters of CM Mann and former CM Beant Singh. The posters and banners welcoming the CM were vandalised by miscreants with Khalistani slogans written in black ink.