SAD demands meeting of all stake holders by Government of India 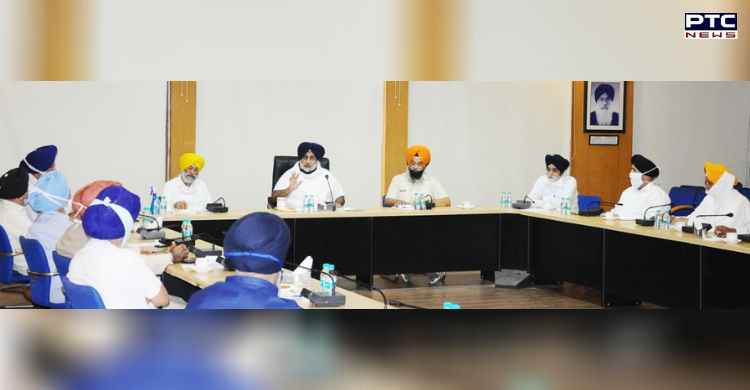 The Shiromani Akali Dal today strongly urged the Government of India to immediately convene a joint meeting of all stake holders in the on-going farmers struggle including representatives of farmers, farm laborers, shopkeepers and all political parties to resolve the crisis arising out of controversial Acts passed recently by the parliament.

A meeting of the Core Committee of the party also set up a three-member High Powered Committee to coordinate with farmers organizations and others on the future course of action and strategy on getting the farmers’ demands fulfilled.

Giving details of the meeting, Mr. Harcharan Singh Bains, Principal Advisor to the SAD President Mr. Badal said that Sardar Balwinder Singh Bhunder, Prof. Prem Singh Chandumajra and Jathedar Sikandar Singh Maluka are the members of the Coordination Committee on farmers’ demands and agitation. Mr. Bains said that the Core Committee was of the view that “Farmers struggle is a joint struggle of all Punjabis and it affects the future of the entire economy of the state and the country. What is required is unity in this struggle. That is why the party has set up a coordination committee to ensure a coordinated response of all stake holders to the challenge posed by the Government’s decisions. Mr Badal has already offered unconditional support to farmers’ organizations in this regard, “ 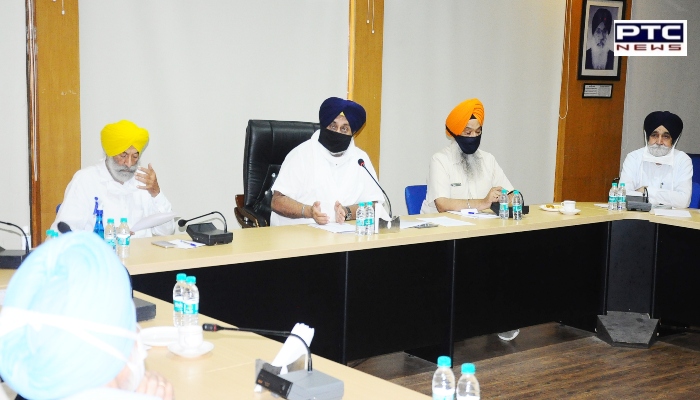 The Core Committee demanded the repealing of the three Acts passed recently on the marketing of farmers produce and said that there should be mandatory provisions for constitutional guarantees for the continuance of official procurement of farmers’ produce at Minimum Support Price (MSP) .
The Core Committee thanked and congratulated Punjabis, farmers and the SAD workers for the success of the Kisan March organized by the party on October 1 and strongly condemned the police repression against peaceful agitators at the end of the march.

The party however strongly condemned efforts by the state Congress leaders and others to vilify the farmers campaign as “hooliganism”. 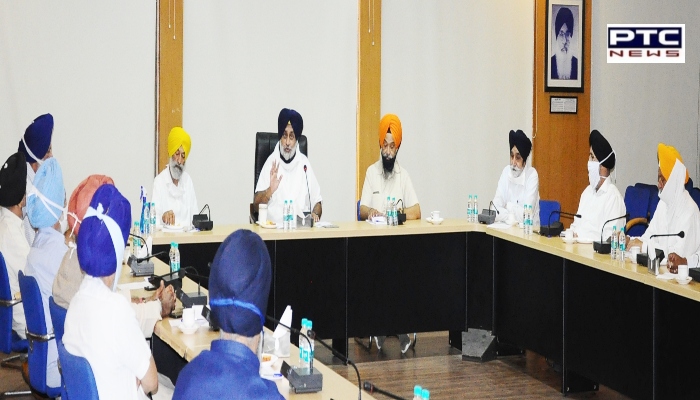 In another resolution, the Core Committee demanded the immediate sack of the Punjab minister Sadhu Singh Dharamsot for "perpetrating an unprecedented scam of embezzlement and misappropriation of public funds belonging to the students from the Schedule Castes."

The minister has gobbled up crores of rupees meant for the students belonging to the poor families from scheduled castes instead of taking action against the minister, the Chief Minister Captain Amarinder Singh has turned a facilitator in the loot of public funds belonging to poor students.

He has followed the shocking and unprecedented course of rejecting the report of inquiry conducted by his own officer and instead of punishing the indicted minister has punished the officer himself. Further, he has now asked junior officers to conduct a probe over and above their senior officers’ findings. What is happening in Punjab government is not just unbelievable. It is like watching the theatre of the absurd, said the Core Committee.

The Core Committee strongly condemned the shocking tragedy at Hathras and described it as an “outrage against humanity and disgrace to the spirit of our nation.” The guilty must be given exemplary punishment at the earliest.

SAD President Mr Sukhbir Singh Badal announced the setting up of a committee under the chairmanship of former Speaker and senior Akali leader S Charanjit Singh Atwal to safeguard the interests of the Dalit and economically weaker and exploited sections of society. The committee has ten other members.