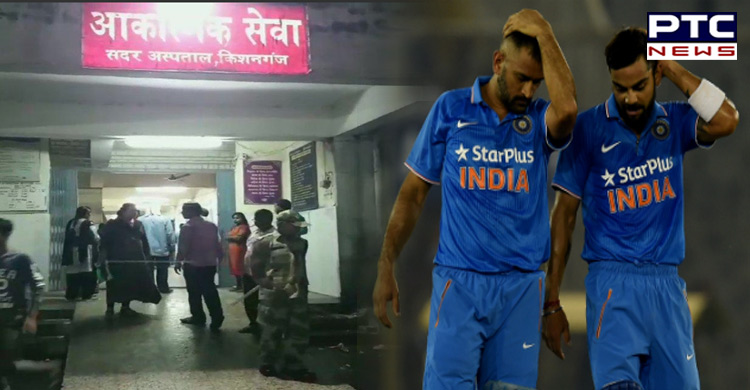 Bihar: Another man lost his life due to a heart attack while watching India vs New Zealand semi-final match of ICC Cricket World Cup 2019, on Wednesday. The man is identified as the resident of Kishanganj, Bihar. The match was played at the Old Trafford, Manchester where New Zealand defeated India by 18 runs and that probably gave a shock to the millions of Indian fans as there dream of watching India lifting the World Cup was crushed.

This is the second incident when a man has died due to the extreme pressure of India losing the match in semi-finals against New Zealand. Another incident took place in West Bengal where a shop owner died after MS Dhoni was sent back to the pavilion as Martin Guptill departed him with a phenomenal run-out, which was the end.

This is indeed a sad moment for the nation, while India is busy chanting for MS Dhoni to not to retire, there are several who are criticizing India for their defeat. Win or lose this is the part of the game, but India prefers cricket as the religion and hence these stories erupt. Currently, New Zealand have reached the finals of ICC Cricket World Cup 2019 and now the winner of Australia and England will decide the another finalist of World Cup.