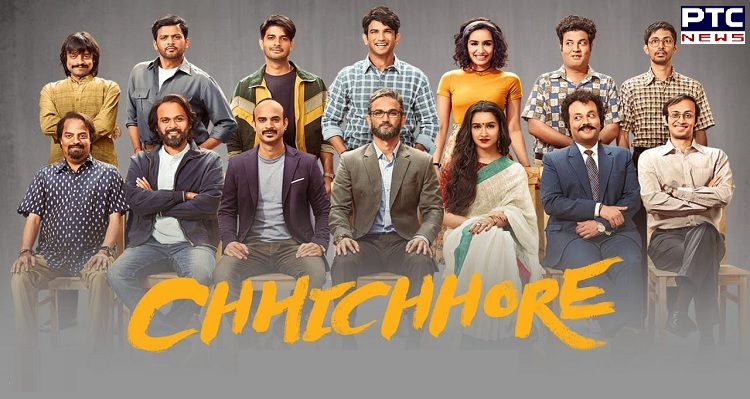 ChhiChhore Trailer Review: The much-awaited Shraddha Kapoor and Sushant Singh Rajput starrer trailer is finally out now and no doubt it is a perfect example of Friendship Goals. Seven friends, who are called Losers, but are actually winners in terms of friendship. The film is having a perfect star cast, with brilliant actors and concept of perfect friendship goals. Sushant Singh Rajput as ANNI, Shraddha Kapoor as MAYA, Varun Sharma as SEXA, Tahir Raj Bhasin as DEREK, Naveen Polishetty as ACID, Tushar Pandey as MUMMY, Saharsh Kumar Shukla as BEVDA, and Prateik Babbar as RAGGIE.

The film ChhiChhore is helmed by Nitesh Tiwari and produced by Sajid Nadiadwala. The Dangal director is all set to take us back to the world which is full of exuberance and fun that a hostel and college life offered. ChhiChhore Trailer is out now and the film showcases the world where one meets people with who they share great times and finally becomes a friend. The story of the ChhiChhore film is a seamless transition between the past and present, where friends after such long-time plans a re-union that never had thought about.

ChhiChhore trailer is garnering a lot of love as the film is clicking the friendship goal among the youth in today's era. Also, the trailer of the film ChhiChhore is released on Friendship Day 2019. The film is all set to release on September 6, 2019. Shraddha Kapoor is also working for the film Street Dancer 3D, while Sushant Singh Rajput was last seen in the film Kedarnath.