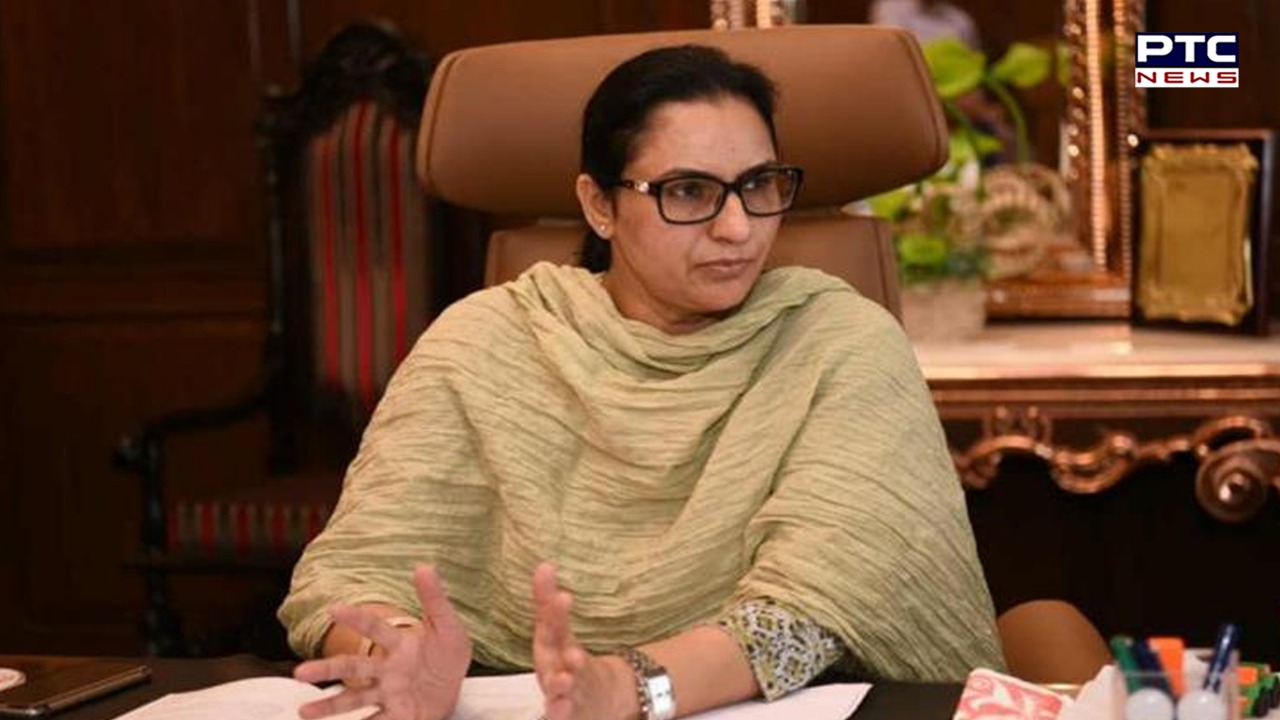 In a letter to Punjab Chief Minister Charanjit Singh Channi, Razia Sultana said she would continue to work for the Congress as a worker. 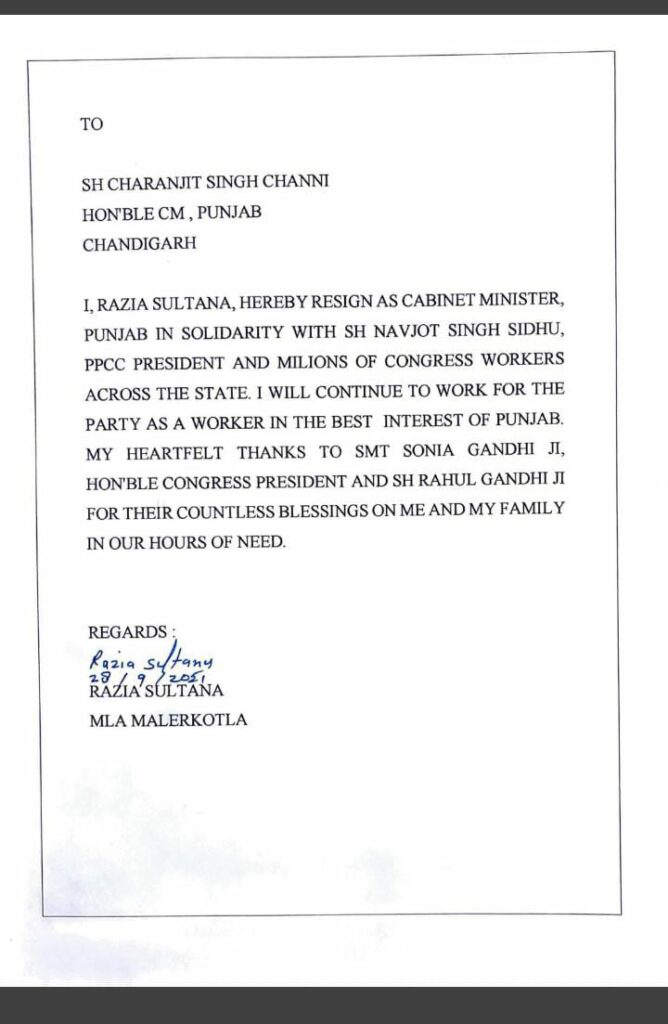 "I, Razia Sultana, hereby resign as Cabinet Minister, Punjab, in solidarity with Navjot Singh Sidhu, PPCC president, and millions of Congress workers across the state. I will continue to work for the party as a worker in the best interest of Punjab. My heartfelt thanks to Sonia Gandhi ji, Congress president, and Rahul Gandhi ji for their countless blessings on me and my family in hours of need," she said. 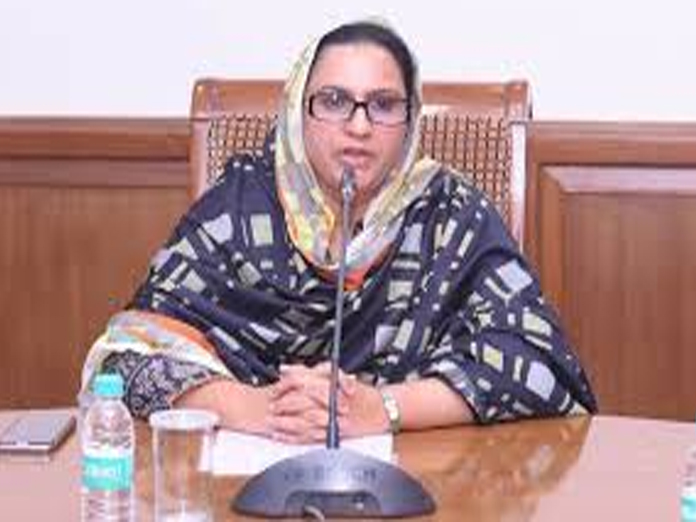 While Sidhu in his letter stated, "The collapse of a man's character stems from the compromise corner, I can never compromise on Punjab's future and the agenda for the welfare of Punjab. Therefore, I hereby resign as the President of the Punjab Pradesh Congress Committee. Will continue to serve the Congress," Sidhu said in his letter after resigning. 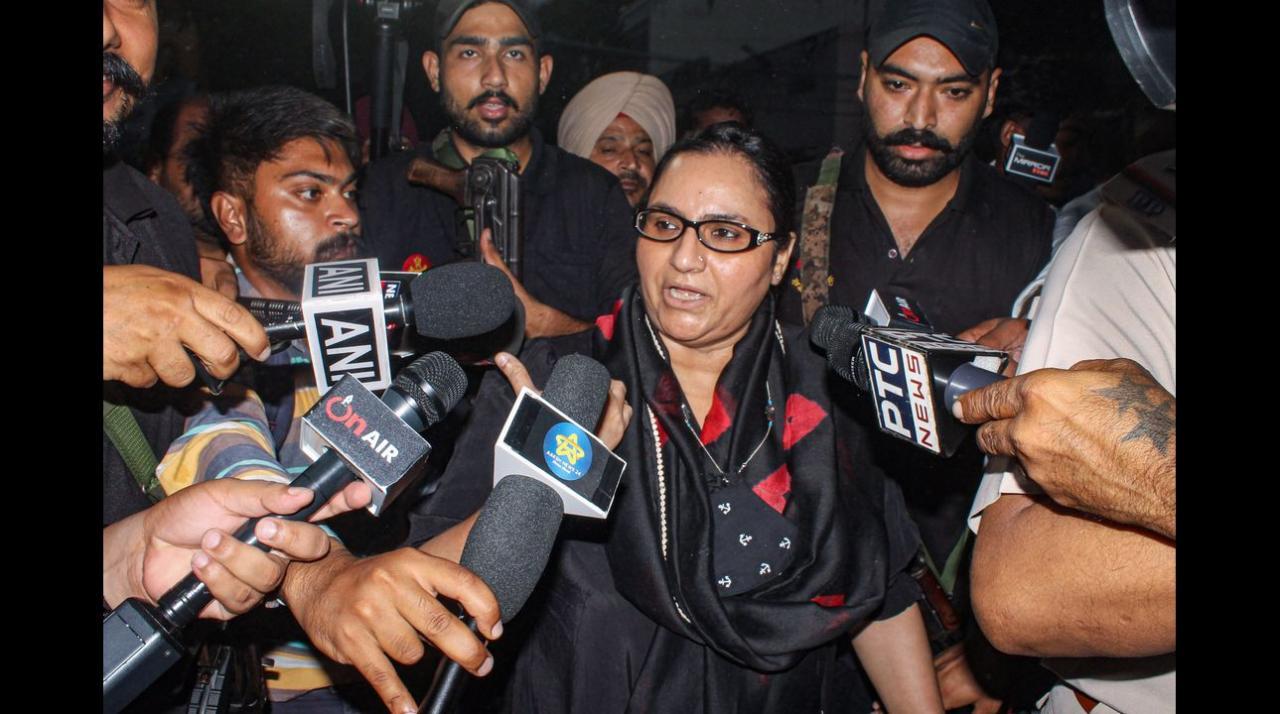 Sidhu was appointed as the president of the Punjab Pradesh Congress Committee (PPCC) on July 23. His resignation comes just before former Punjab Chief Minister Amarinder Singh's visit to Delhi.