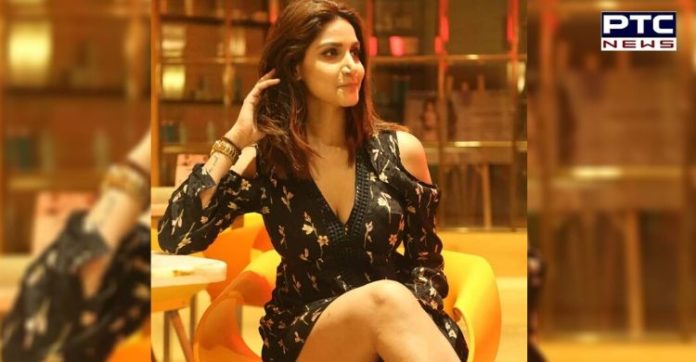 Actress Divvya Chouksey has passed away at the age of 29 after a long battle with cancer. The Hai Apna Dil Toh Awara (2016) actress took to social media to inform her friends and followers about her health condition days before she took her last breath.

In the last note, Divvya wrote, “Guys, I have been hospitalised, not in the state to even talk. My cancer is killing me. Pray for my easy passing. Sorry just unable to reply. love to all.” 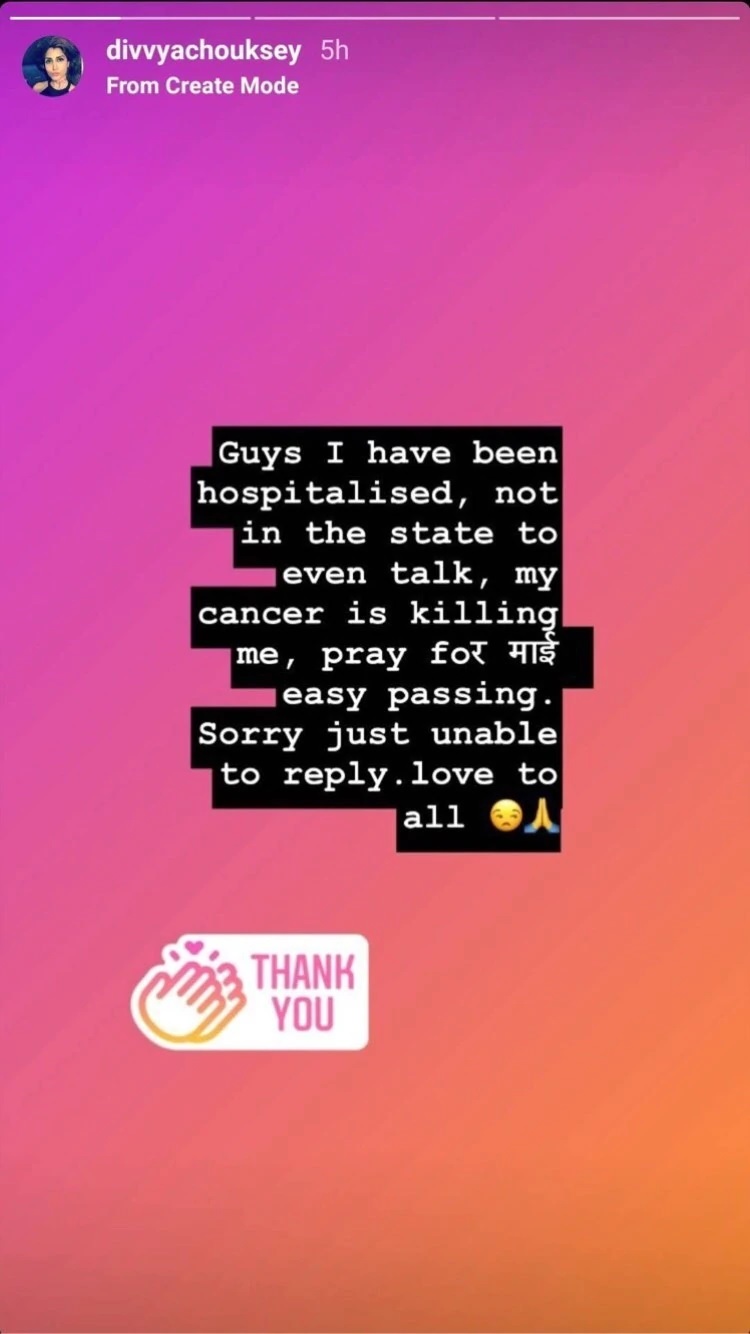 Hours before her death, Divvya had shared a message on her Instagram stories. She had said that she was on her ‘deathbed’. She wrote: “Words cannot suffice what I want to convey, the more the less, since it’s been months am absconded and bombarded with Plethora of messages, it’s time I tell you guys, I’m on my deathbed. sh*t happens, I’m strong af. be there another life of non sufering. No questions please. only god knows how much you mean to me.” 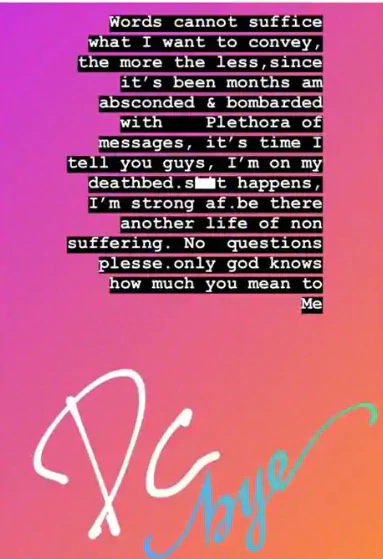 Divvya’s friend and TV actor Sahil Anand took to Instagram sharing a photo of himself with Divvya. He captioned: “You will be missed badly by your bhaiya Divvya… Your passion, your dream, your go-getter attitude, your positivity towards our industry was unmatched to anyone I have met but maybe god had some other plans for you… I am sure you are in a better place now and in peace… your bhaiya loves you and will always love you… I miss you DC… You will always be alive in my memories and in my heart.”