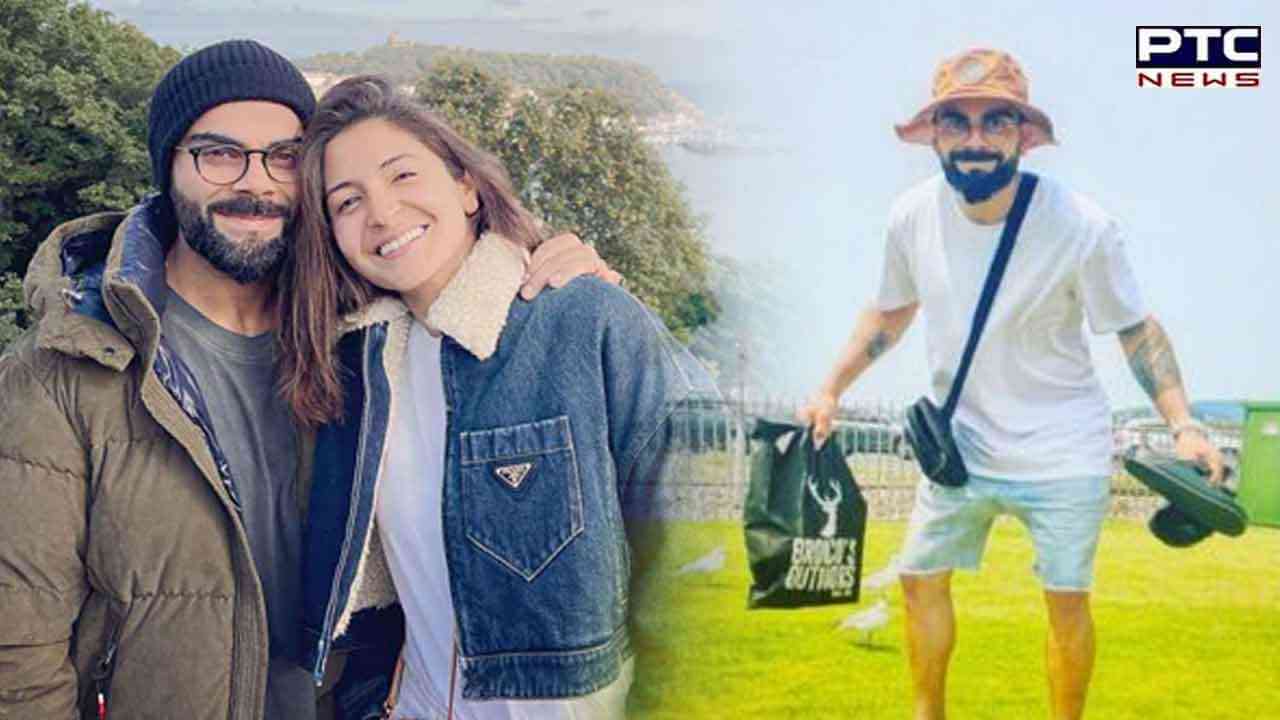 Virat Kohli birthday: Bollywood actor and lucky wifey Anushka Sharma shared a string of hilarious pictures of her husband Virat Kohli on the occasion of his 34th birthday.

Taking to Instagram, Anushka shared the pictures which she captioned, "It's your Birthday my love, so obviously, I chose your best angles and photos for this post Love you in every state and form and way @virat.kohli."

In the first few pictures, Virat could be seen making funny facial expressions.

Soon after that actor shared the pictures, fans swamped the comment section and dropped the red heart and laughing emoticons.

Birthday boy Virat Kohli dropped a laughing emoticon followed by a couple of red heart emoticons in the comment section.

Another fan wrote, "This is soo gooood."

The power couple got married in a fairytale wedding which was only attended by the couple's close family and friends in December 2017.

Meanwhile, Virat Kohli on Wednesday became the highest run-scorer in the history of the ICC T20 World Cup.

Notably, Virat has been in fantastic form since the Asia Cup. During that tournament, he made his return to international cricket after a month, a break he took after months of battling inconsistent form.

Talking about Anushka's work front, she will be next seen in an upcoming sports biopic film 'Chakda Xpress' inspired by cricketer Jhulan Goswami's life and journey which will stream exclusively on Netflix.