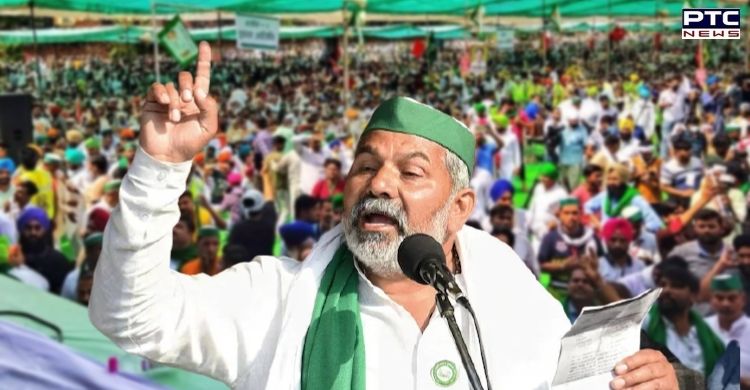 Asserting that the farmers' protest against the three new farm laws will continue until the Central government fulfills their demands, Bharatiya Kisan Union leader Rakesh Tikait on Monday said that the new laws are stifling the farmers slowly unlike Covid-19 which will take life at a one go. "The gathering at the Kisan Mahapanchayat at the Muzaffarnagar is proof that people are not satisfied with the work of the government," he said.

Rakesh Tikait also reiterated that they would not leave the Delhi borders till "they emerge victoriously". The Sanyukt Kisan Morcha's 'Kishan Mahapanchayat' was held at the Government Inter College grounds in Muzaffarnagar.

The farmer leader said that Bharatiya Kisan Union does not want to join the politics and instead it is in favour of resolving their issues.

This comes in response to Union Minister and Muzaffarnagar MP Sanjeev Balyan earlier on Sunday said that if Sanyukt Kisan Morcha (SKM) wants to enter politics then the BJP will be welcome them. 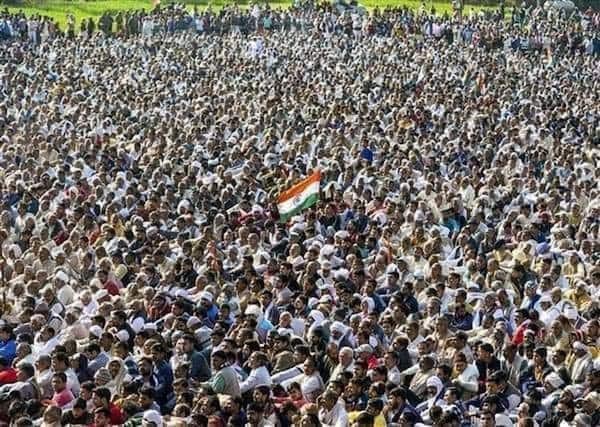 "We do not want to join politics. We just want the issues of farmers to be resolved. There are leaders in BJP who are supporting the farmers. The people know who are the leaders not supporting farmers, they will react according to it. Balyan should support the farmers like Varun Gandhi and Satya Pal Malik," Tikait said.

Farmers have been protesting on the different borders of the national capital since November 26 last year against the three newly enacted farm laws: Farmers' Produce Trade and Commerce (Promotion and Facilitation) Act, 2020; the Farmers Empowerment and Protection) Agreement on Price Assurance and farm Services Act 2020 and the Essential Commodities (Amendment) Act, 2020.