ICC announces T20I, ODI, and Test Teams of the Decade 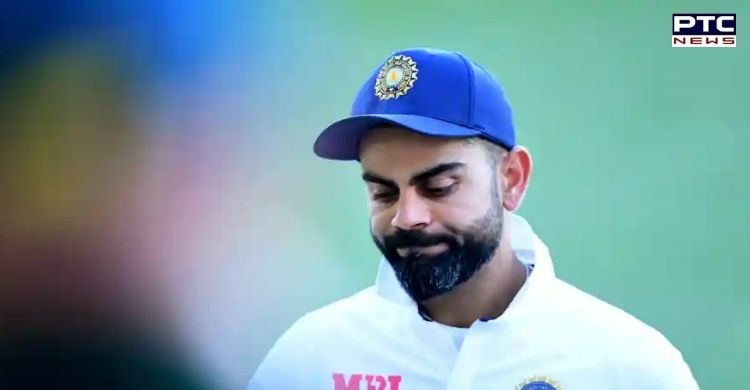 The International Cricket Council (ICC) on Sunday announced Team of the Decade for T20I, ODI, and Test. Indian cricketers MS Dhoni, Rohit Sharma, and Virat Kohli have been listed in the T20I team.

The ICC has named MS Dhoni as the captain of Men's T20I team of the decade. Three other Indians — Rohit Sharma, Virat Kohli, and Jasprit Bumrah — are also on the team. 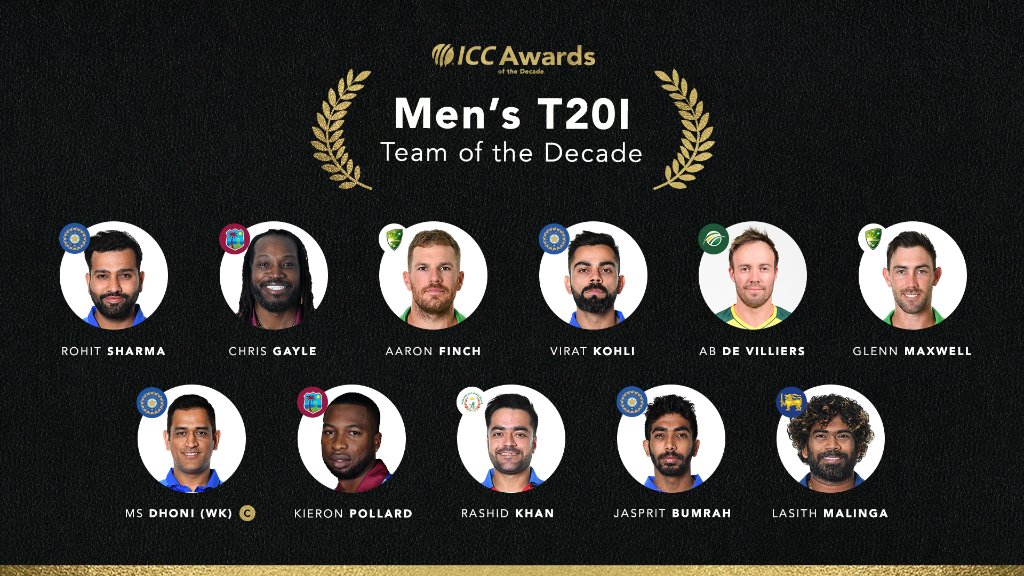 Meanwhile, the World number one T20I bowler Rashid Khan has been included in the team while Chris Gayle has also been included as an opener alongside Rohit. 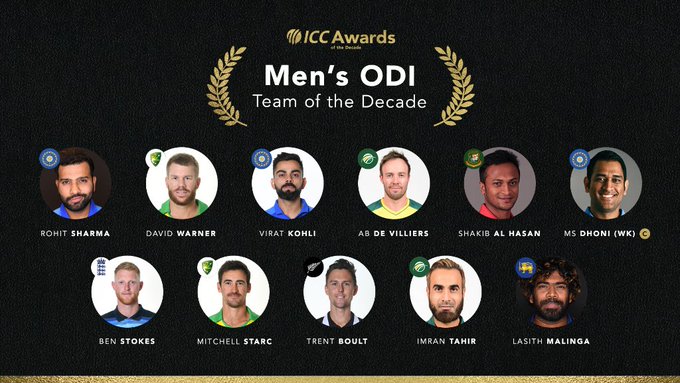 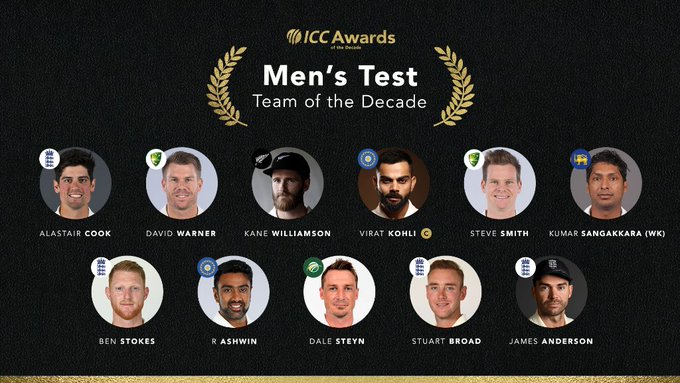