India vs Bangladesh 1st Test: India all set to take on Bangla Tigers 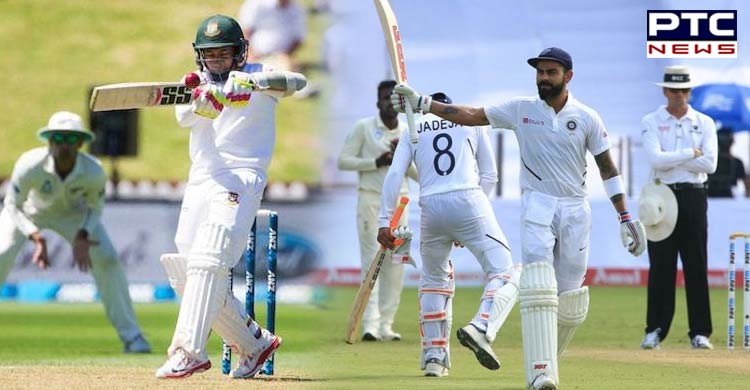 After Men in Blue defeated Bangladesh in the three-match Test series, India is all set to take on Bangla Tigers in the two-match Test series. The first Test is scheduled to be played at Indore from November 14. Virat Kohli will return in a white jersey as he was rested from the T20 series, due to which Rohit Sharma was appointed as a captain.

Bangladesh scripted history as it won the first ever T20 match against India. Now, Bangla Tigers will look forward to take an early win the first Test. Bangladesh will definitely miss Shakib Al Hasan as he has been handed over the ban for the International cricket. Mominul Haque will lead the Bangladesh in the Test series.

India and Bangladesh will play the first-ever day-night Test match (second Test match) at Kolkata. Meanwhile, Indian Test squad has already started their practice with the Pink ball as well.

Indian skipper Virat Kohli said in a statement, "I think it's a new way to bring excitement in Test cricket. The pink ball I played with yesterday, felt like it swings a lot more compared to the red ball. You require extra concentration to pick the pink ball suddenly when you are playing with red ball."