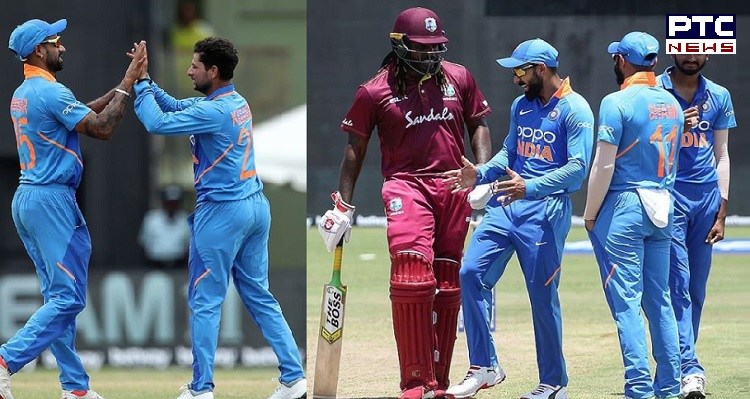 Likewise, Evin Lewis did start slow, but he picked up his race with the first six of the inning from his bat on the short length delivery of Bhuvneshwar Kumar. Afterwards, Evin Lewis targetted Khaleel Ahmed, in his first over. Lewis started with the boundary on a fine leg, where Kaleel Ahmed bowled full-toss outside leg and a flick from Evin Lewis to the fine leg. Likewise, on the fourth ball of the same over, Khaleel bowled too short, Lewis stepped forward and smashed it to the square leg for a six. On the next ball, he was in the mood and swing his bat on the length delivery outside off, to the mid-on for a boundary.

Also Read: MS Dhoni made himself unavailable for India Tour of West Indies, Here's the reason why

Evin Lewis following the slow start scored 40 runs off 36 balls. After Chris Gayle was out, it was Shai Hope who came on the pitch, who faced 11 balls and scored just 6 runs. Then, it was clearly the rain which abandoned the match after 13 overs. West Indies in 13 overs scored 54/1. There was a wait to let the rain cool down, but the match was called off. Hence, there was no result.