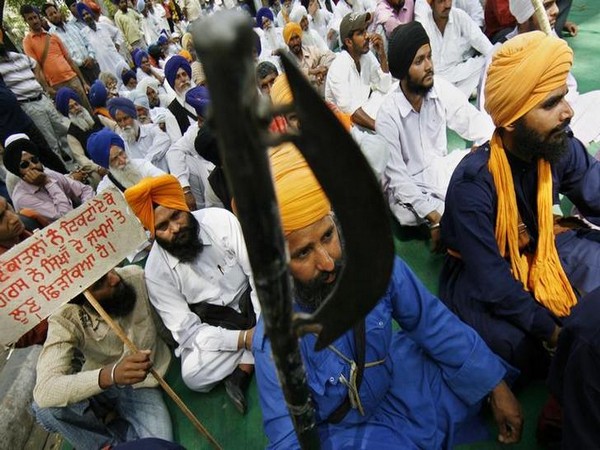 Toronto: The National Alliance of Indo-Canadians (NAIC) has called on the Members of Provincial Parliament (MPP) of the Ontario assembly to recall and modify the M-46 motion which characterises the 1984 Anti-Sikh riots as a 'genocide'.

"The NAIC calls upon the Ontario political leadership to recall and modify the motion M-46 by re-moving inaccurate use of the word genocide," the statement published in the Canada-based publication Weekly Voice reads.

The Indo- Canadian alliance alleged that political attempts are being made 'to create divisions within the community for electoral gains.'

The NAIC contended that the motion was passed without required research or consultation with the Global Affairs Canada department at the federal level as it involved foreign relations.

"While the NAIC condemns the painful and tragic politically motivated anti-Sikh riots in 1984 in India, these cannot be categorised as genocide, as stated in the motion passed in the Ontario legislature," it said.

"It was actually a cruel pogrom, a semi-spontaneous attack on a certain group of people, like those that occurred a century ago against Jews in Russia and elsewhere," it added.

They pointed out that the matter was examined in depth by the Indian judicial system and has upheld the law of the land by delivering justice to the affected.

"From legal perspective, the 1984 anti-Sikh riots do not qualify for the use of word genocide. A significant effort at rehabilitation and reconciliation with those affected was successfully made in India," it said.

The organisation stated that the M-46 motion flies in the face of ground realities in India where Sikhs form main stream society in all spheres of the national life.

"India with its rich traditions of democracy is truly a friend of Canada and is amongst the tolerant and liberal countries, being the first multi-cultural or pluralistic society of the world that practices `Unity in Diversity'," it said.

Private Member's Motion 46 was tabled by Ontario Liberal MPP Harinder Malhi seeking recognition of the 1984 Sikh riots as a genocide. Thirty four of the 107 MPPs passed the motion.

The 1984 anti-Sikh riots was triggered by the assassination of former prime minister Indira Gandhi on October 31 1984 by two of her Sikh bodyguards in response to her actions authorising the military operation at the Golden Temple to eliminate insurgents.

The riots claimed around 2,800 deaths across India, including 2,100 in Delhi.