Kazakhstan: 14 dead as plane with 100 people on board crashes in Almaty 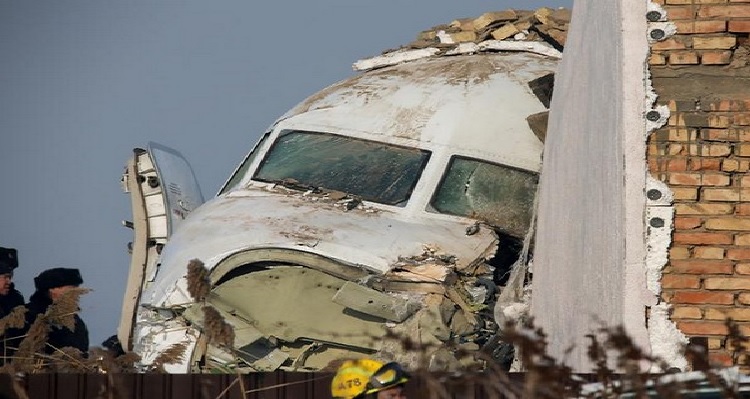 As many as 14 people killed after a plane with 100 people on board crashed in Kazakhstan on Friday. Meanwhile, the Almaty airport authorities said that the emergency services were rushed to the spot. According to the information, the plane is belonging to Bek Air Company crashed near the ciy of Almaty.

The Ministry of Industry and Infrastructure of the country was quoted by Sputnik news agency as saying that seven people died in the incident. However, Kazakhstan government sources were quoted by AFP stating that the death toll rises to nine. The number was later rised to 14. As per report, the aircraft lost its altitude after take-off and crashed into a two-storey building.

In a Facebook post, Almaty airport authorities said that some people have survived during the accident. The flight took-off from Almaty airport and was on its way to Kazakh capital Nur-Sultan. Meanwhile, the Kazakh government has formed a special commission to investigate the incident.

The Ministry added that "The commission is heading for the crash site. All the details and causes will be found. All flights of this type will be suspended." The incident took place in a  residential area where the evacuation operation is still underway. Meanwhile, the flights of  Fokker-100 planes, used by Bek Air airline, have been suspended.