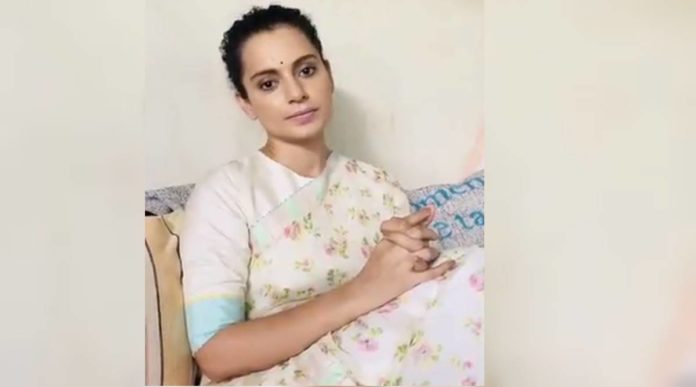 Trouble mounted for Kangana Ranaut as an advocate in Punjab’s Zirakpur has sent a legal notice to the actor demanding an apology for a tweet over farmers protest in which she falsely identified an old woman at the protest site as Shaheen Bagh’s ‘Bilkis Dadi’.

As per the legal notice against Kangana Ranaut, the actor has been asked to tender an apology within 7 days. 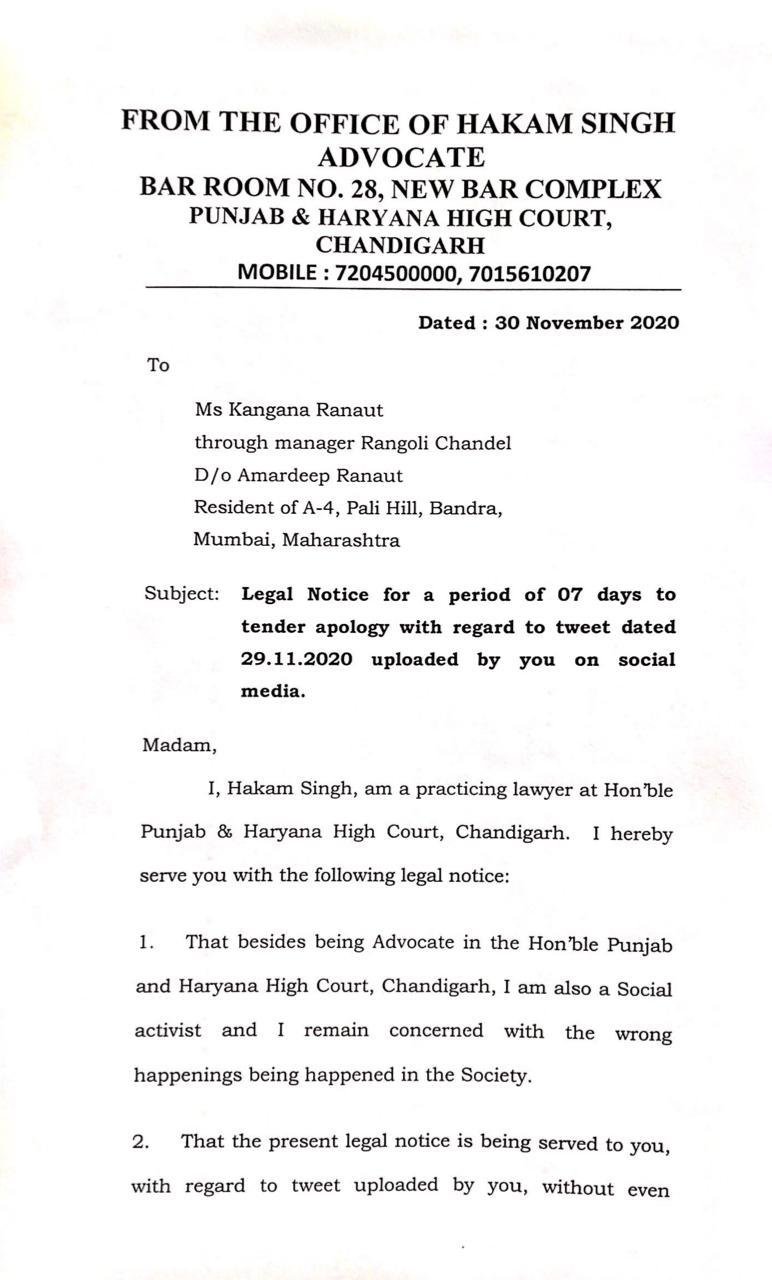 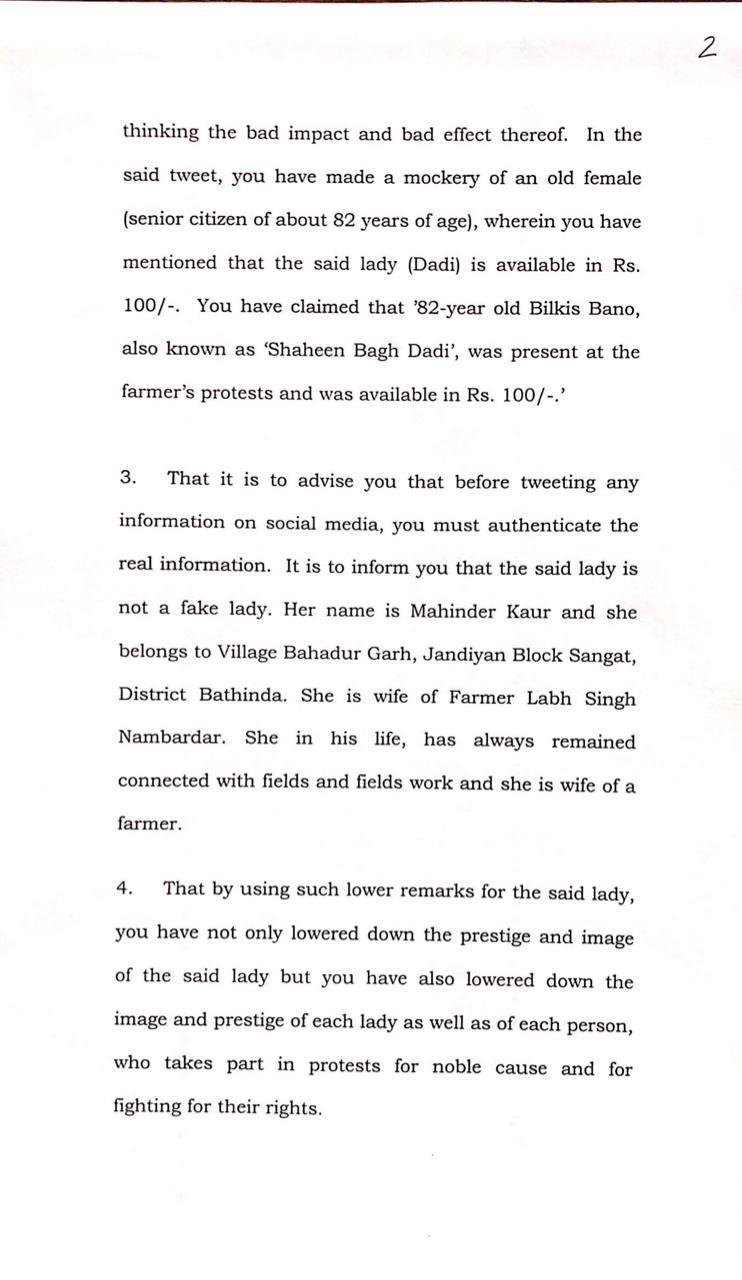 As per the report, Ranaut had posted the picture of Mohinder Kaur (73) who is a resident of Bahadurgarh Jandian of Bathinda. She had claimed that she was the same ‘Bilkis Dadi’ who was present during the Shaheen Bagh protest and now she had joined the farmers protest. 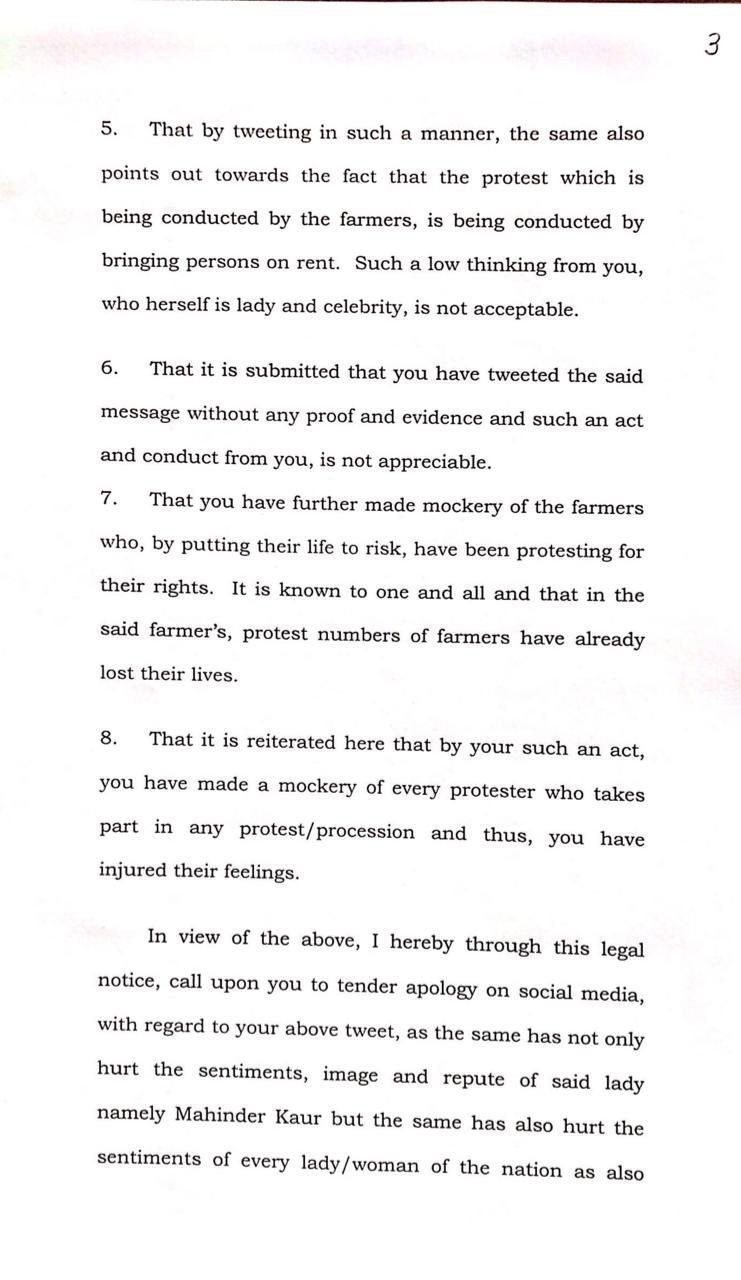 The tweet by Kangana Ranaut alleged that she was available for Rs 100. Later, the actor had deleted her tweet after she was slammed by the netizens for sharing “fake news’. 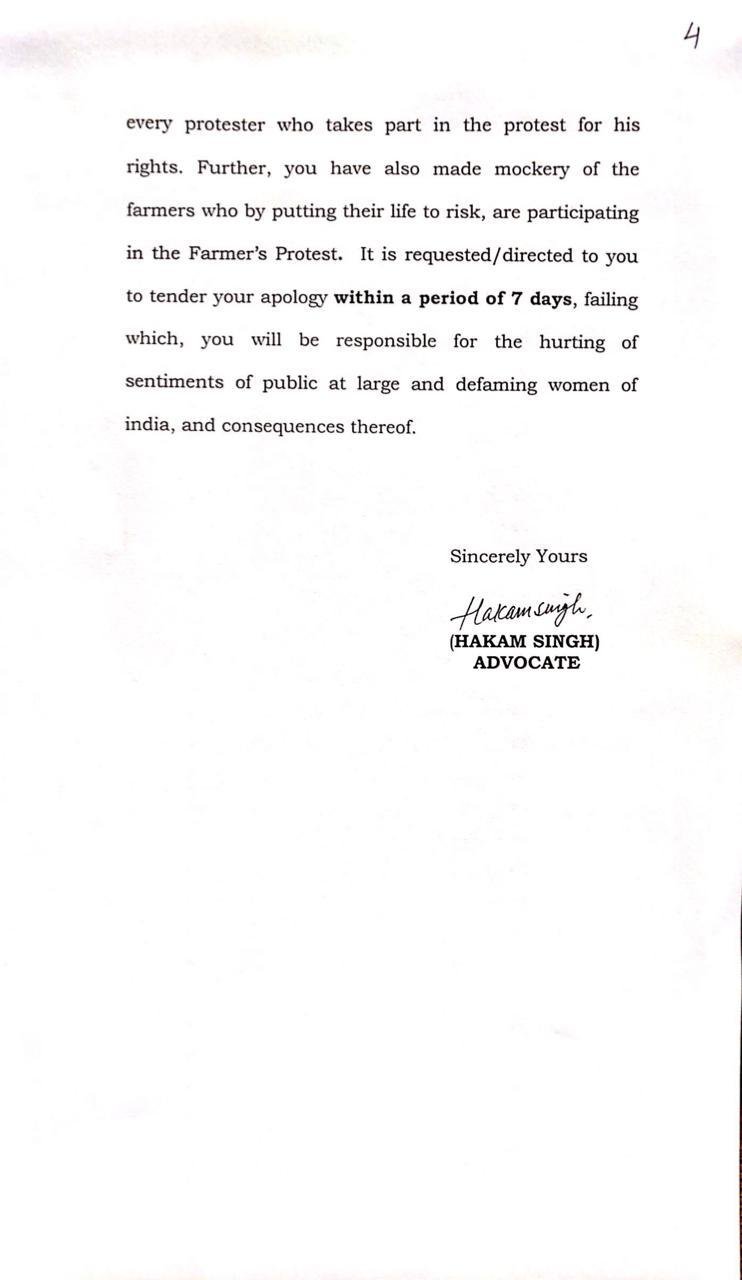 Likewise, she was slammed by the Punjabi celebrities.

Punjabi singer Gippy Grewal tweeted: “Shame on you Kangana to say something so abrupt without checking facts and basic information. Hope that you well soon and be able to look into the situation without any prejudice. It’s the matter of the motherland to not only farmers but to every Indian which includes you too.”