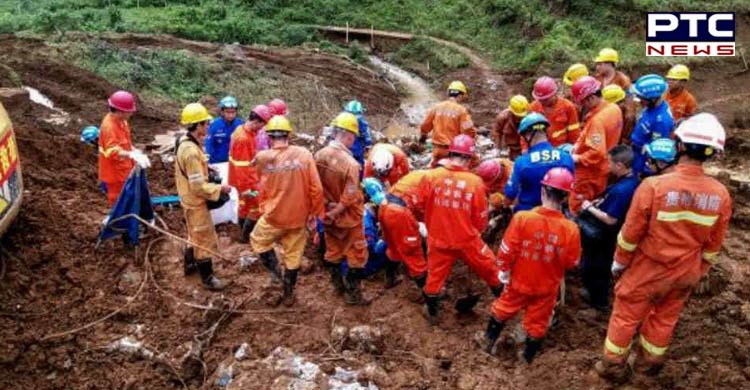 Guwahati (Manipur), July 2: Search and rescue operation continues for the second consecutive day in landslide-hit Tupul of Manipur, officials informed on Saturday. The death toll in the Manipur landside rose up to 24 till now.

The landslide occurred in the night between Wednesday and Thursday close to the company location of the 107 Territorial Army of the Indian Army stationed close to Tupul Railway Station to guard the Jiribam to Imphal railway line that was still under construction. According to the North-East Frontier Railway CPRO, the Tupul station building of the ongoing Jiribam - Imphal new line project was damaged by a landslide driven on by the continuous rain.

On Saturday morning, fresh teams were deployed to augment the efforts in the search. Radar is being used successfully through the wall, and a search and rescue dog is being deployed to help with the search.

After wreath-laying by GOC Red Shield Division and IG IGAR (South) at Imphal with full military honours today, the mortal remains of 14 personnel, including 1 JCO and 12 other ranks of Territorial Army personnel, were sent to their respective home stations by two IAF aircraft and an Indian Army helicopter, while one mortal remain was sent to Kangpokpi Distt Manipur by road.

Similar honours will be given at the respective home stations in accordance with military tradition.

Manipur Chief Minister N Biren Singh on Friday termed the landslide in Noney district the worst incident in the history of the state.

The CM again visited the site to encourage the personnel engaged in rescue operations.

"It is the worst incident in the history of the state. We have lost 81 people's lives of which 18 including a territorial army (personnel) were rescued. Around 55 persons are trapped. It will take 2-3 days to recover all the dead bodies due to the soil," Singh said on Twitter. 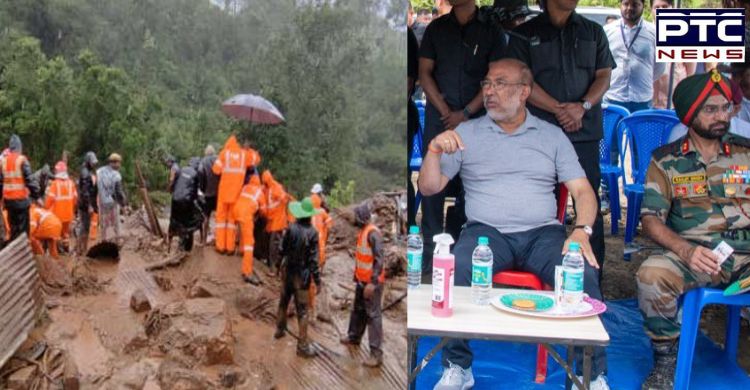 "The Centre has also sent NDRF and Army personnel to carry out rescue operation. Vehicle movement is affected due to moisture in the soil which is causing the delay. The rescue operation will take 2-3 more days," he further stated.