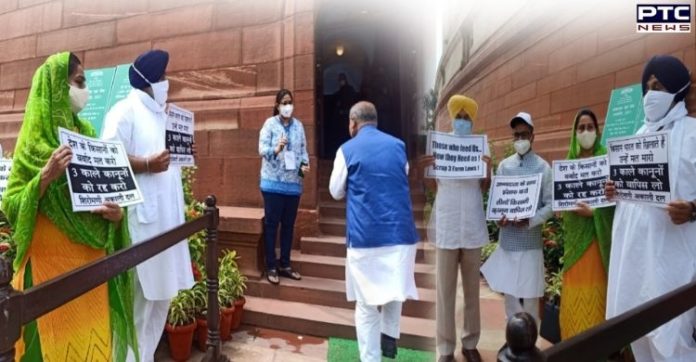 Shiromani Akali Dal president Sukhbir Singh Badal along with former Union Minister Harsimrat Kaur Badal and other leaders continued to raise voices against farm laws outside the Parliament during the Monsoon Session.

All of them were holding placards in their hands. “Farmer feeds the whole nation, don’t kill him. Take back three black laws,” reads one poster. 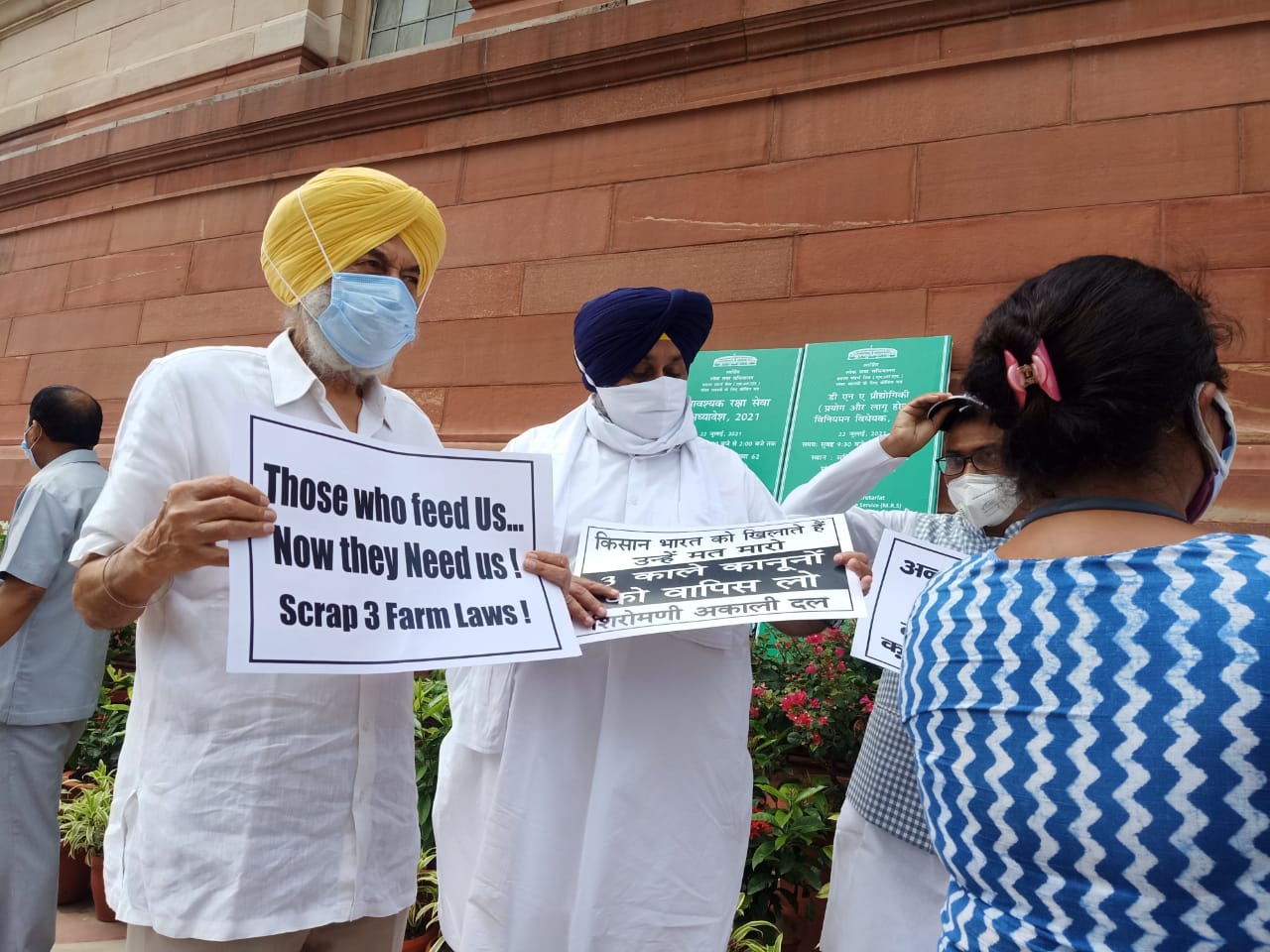 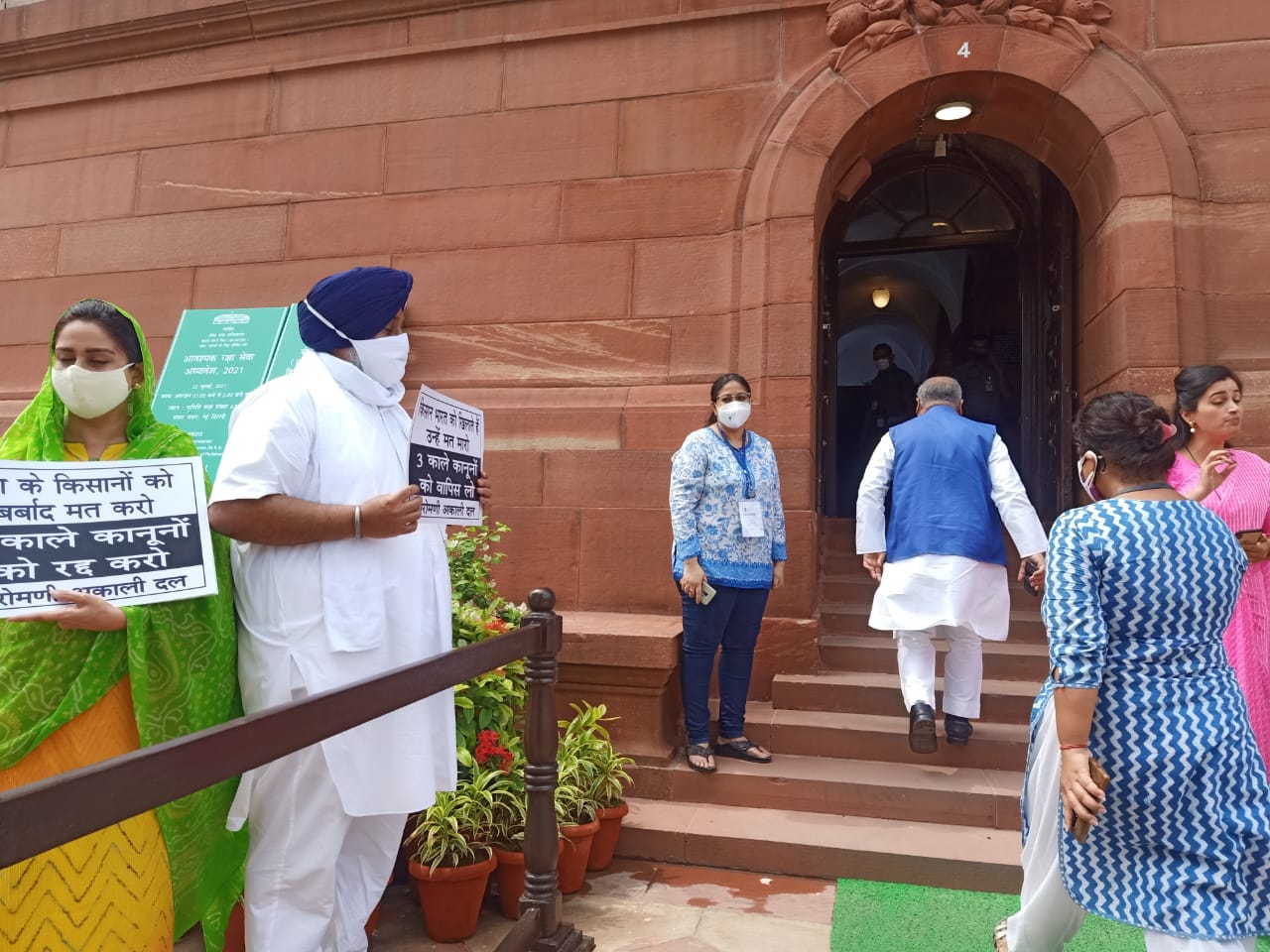 Shiromani Akali Dal has been raising its voice against farm laws both inside and outside the Parliament from the Day 1 of the Monsoon Session.

Even the party has decided to boycott Prime Minister Narendra Modi’s briefing on COVID-19 during the Session. “It will only be attended after PM calls a meeting to discuss farm issues,” the SAD president said. 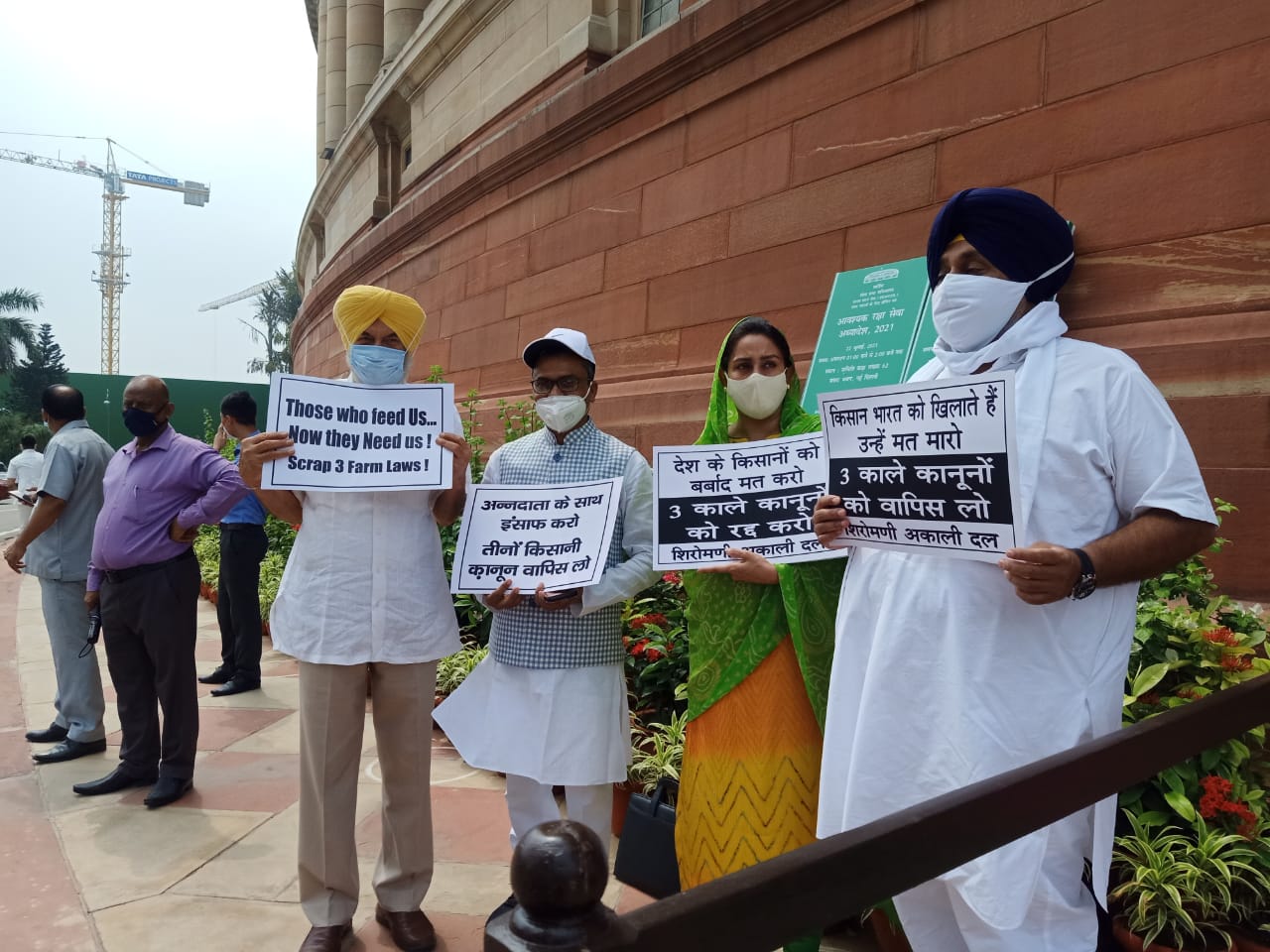 “SAD boycotts Prime Minister’s all-party meeting on Covid-19 in protest against the use of brute majority to block Adjournment Motion moved by us to demand repeal of the three Farm Laws,” Harsimrat Kaur Badal said.