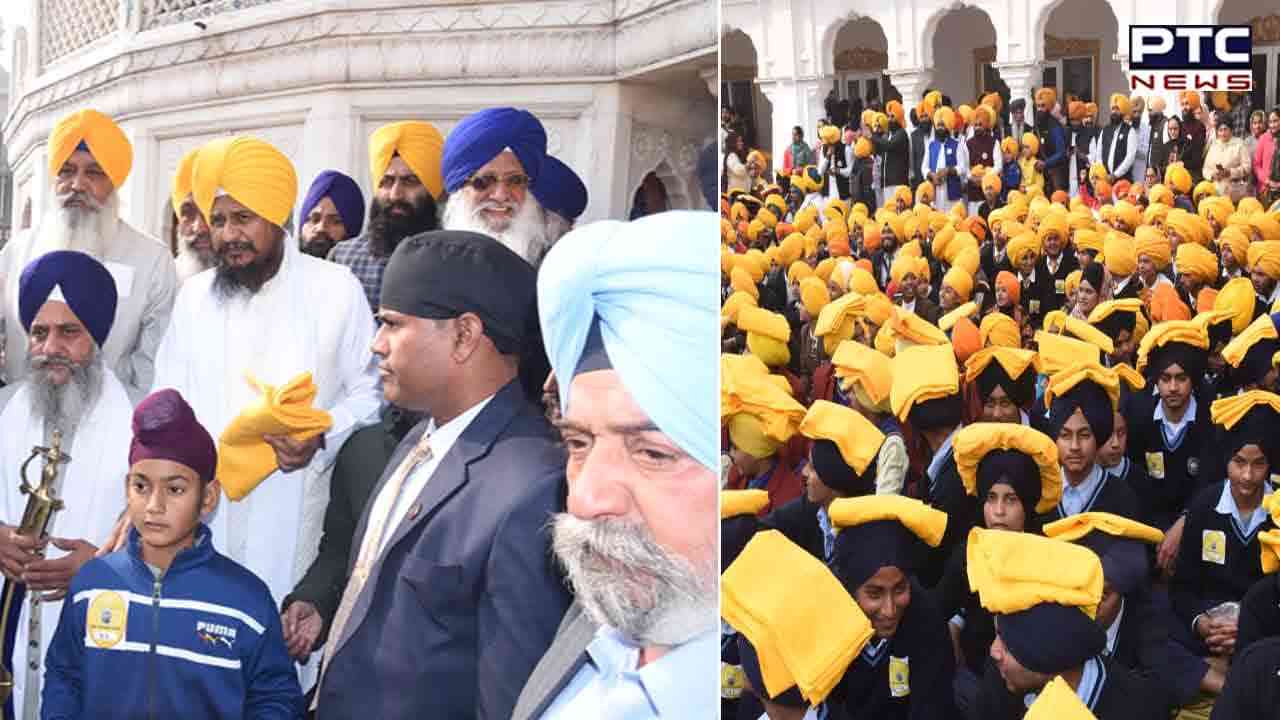 Amritsar, December 18: To highlight the greatness of turban among the Sikh youth, a national turban bandi event dedicated to the birth anniversary of Sahibzada Baba Fateh Singh Ji was organized at Sri Akal Takht Sahib. On the occasion that was held with the support of Shiromani Gurdwara Parbandhak Committee and other organizations, 1300 children participated enthusiastically and expressed Sikh pride by wearing turbans.

On this occasion, Jathedar of Sri Akal Takht Sahib Giani Harpreet Singh said that the turban given to the Khalsa by the tenth Patshah Sri Guru Gobind Singh Ji is a symbol of the glorious heritage of Sikhism. It is the crown of the head of the Sikhs and a symbol of kingship. It is the greatest responsibility of the nation to connect its new generation with this great heritage.

Jathedar of Sri Akal Takht Sahib expressed concern over the disappearance of turban in Punjab and said that Punjab is the land of. He said that it is very important for a Sikh child to have a proven character, to be free from drugs and to become a Gur Sikh after receiving the baptism. Giani Harpreet Singh said that great efforts are needed to preserve the Sikh heritage and make the next generation aware of it. He thanked all the organizations, including the Shiromani Committee, for their cooperation during the Dastar Bandi event.