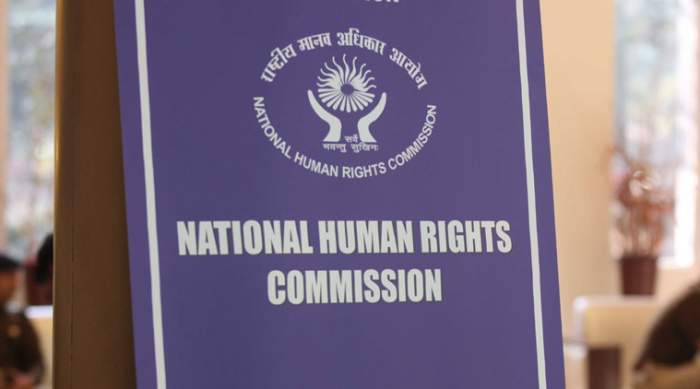 The National Human Rights Commission (NHRC) Monday issued a notice to the Delhi government over a report that 30-odd families residing in a building in east Delhi, in which three minor girls had died of starvation eight months back allegedly still await ration cards.

After the death of the minor girls, the Delhi government had reportedly promised ration cards to all those who lived in the building, it said.

The NHRC has also observed that the content of the news report is "quite disturbing" and that even after the death of those young girls due to starvation, the authorities in the government of Delhi "have not woken up".

"The NHRC has taken suo motu cognizance of a media report that ration cards elude 30-odd families in the same building of east Delhi, where three minor girls had died of starvation eight months ago," the NHRC said in a statement on Monday.

"The entire area is deprived of basic amenities and the garbage is also being dumped near the residential area," the rights panel said, quoting the report.

The Commission has issued a notice to the chief secretary of Delhi and asked to submit a detailed report, including action taken after the deaths of the minor girls, and present status of the applications pending for issuance of ration cards as well as status of public distribution system, along with status of basic amenities in the area.

The response is expected in four weeks, the NHRC statement said.

"Apparently, innocent people have become victims of the state's apathy and inhuman approach. This is a serious case of violation of Right to Food of the poor people," the statement said.

According to the report, carried on Monday, the Delhi government's Food and Civil Supply Department officials have stated that under the current rules, eligible applicants are required to have the same address on the Aadhaar card where they currently reside.

A module is reportedly being developed by the central government to enable beneficiaries to procure ration anywhere in the country with the card issued to them on the permanent address or any other place but the same is yet to be implemented, the statement said.

It is also mentioned in the report that till this system comes into implementation, applicants have to submit Aadhaar, having a Delhi address, the rights panel said.

Reportedly, the deputy chief minister of Delhi, accompanied by the officers from the department of food and supplies had visited the building on July 26 last year, after the death of three minors due to starvation, it said.

"It was assured that all the residents would be given ration cards but, till date, nothing has happened," the report claimed.

The news report has referred to some of the cases where residents "have not been able to procure a ration card as the landlord of the building has refused to give them identity proof," the statement said.

Most of the people residing in the area have their Aadhaar card issued on their village addresses and the officials concerned have told them to get the address changed to apply the ration card for which money is required. PTI