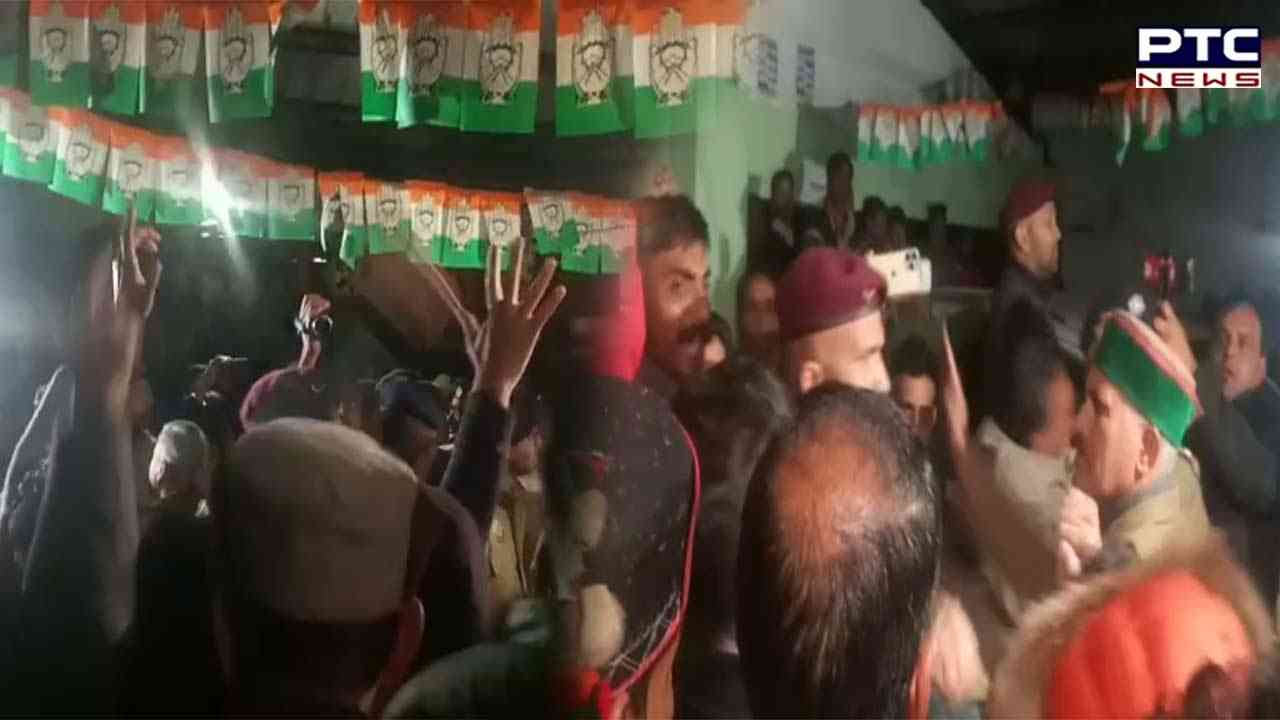 New Delhi, December 10: As the Congress high command is set to decide the next chief minister of Himachal Pradesh after emerging victorious in Assembly elections, former state party chief Sukhwinder Singh Sukhu, CPL leader Mukesh Agnihotri and party leader Rajinder Rana are considered to be in the race, said sources on Friday.

However, finalising its chief ministerial candidate for Himachal Pradesh appears to be a sticky task for Congress as Pratibha Singh, widow of former Chief Minister Virbhadra Singh is not considered by the high command as the supporters of the Congress State chief sloganeered in her support. The supporters of Pratibha Singh gathered outside the Congress Shimla headquarters in huge numbers and demanded her appointment as the Chief Minister of the state.


According to sources close to the Congress high command, only three leaders Sukhwinder Singh Sukhu, Mukesh Agnihotri and Rajinder Rana are in the race for the Chief Minister's post.

"The Chief Minister will be from among the MLAs only. The high command feels that two by-elections will have to be held if Pratibha Singh is made the Chief Minister. One of the Lok Sabha, the other of the Legislative Assembly," said the sources.

The sources further said that Pratibha Singh's son Vikramaditya Singh might be given a higher position in the cabinet to handle her.

"In such a situation, when Congress lost 9 out of 10 seats in Mandi, it would not be appropriate to go for the by-elections immediately. The atmosphere that has been created after winning the election somewhere can get spoiled. Her son Vikramaditya Singh may be given a higher position in the cabinet to handle Pratibha," the sources further said.

According to them, there are more MLAs personally with Sukhu.

Earlier on Friday, newly-elected Congress MLAs in Himachal Pradesh passed a resolution to leave the decision of choosing the Chief Minister to the party's high command and the final stamp on the name of the CM will be put in Delhi.

The decision was announced at a press conference by AICC incharge of the state Rajiv Shukla here.

The meeting of newly-elected MLAs was held a day after the declaration of results in the state in which Congress gained an absolute majority with 40 seats. BJP got 25 seats.

Shukla said media reports that there is a division inside the party are absolutely wrong.

"All 40 MLAs took part in the CLP meeting today and all have unanimously passed the proposal to leave the decision to select the CM of the state on party high command," he said.

"The media reports that there is a division inside the party are absolutely wrong," he added.

Shukla said no name was suggested by any MLA.

"All MLAs unanimously passed a resolution to leave the decision of choosing the CM to the party's high command. We will submit our report to the party high command tomorrow," he said.