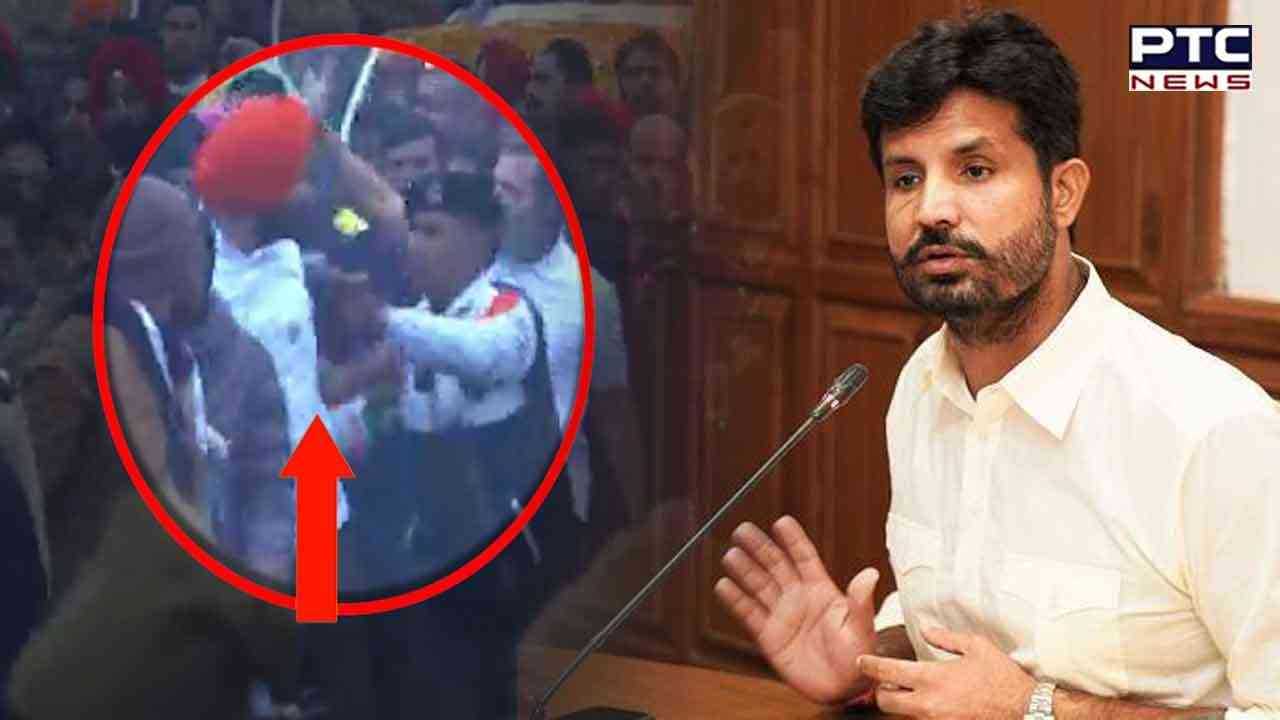 Ludhiana, January 13: Two days after Bharat Jodo Yatra by Rahul Gandhi reached Punjab; a fresh controversy embraced the event. On Thursday when the yatra reached Ludhiana an incident took place which has gone viral on social media. Reportedly, Punjab Congress President Amarinder Singh Raja Warring was pushed by one of Rahul Gandhi’s security personnel that in turn led to heated argument between the two.


This action by Rahul Gandhi’s security personnel comes after he received flake in Ludhiana by 1984 riots victims, who were setting state to demonstrate against him.

Reacting to the incident that happened last evening, PPCC chief Raja Warring said the controversy surrounding the push is ‘media made’.

Issuing a clarification video he said, “I’ve been getting pushed like this all my life, I don't care about it.There should not be any decrease in the glory of my leader (Rahul Gandhi). Pushing me can also be a trick of the opponents. CRPF comes under the home minister, maybe it was done intentionally but I don't care about these bumps.In the coming days, I will introduce my workers to Rahul Gandhi in the same way during the yatra regardless of such incidents.”

Commenting on India Army's decision to make helmets compulsory for the Sikh soldiers, Amarinder Singh Raja Warring said, “Such decisions are ploy of RSS and BJP but they will not succeed. For Sikhs, the turban is their identity and is also the protective cover.No helmet of any kind will be put over the turban”