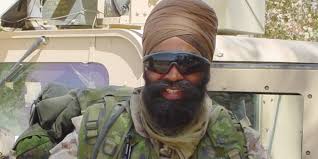 Chandigarh: The Punjab Congress has castigated the elements standing up in support of Canadian defence minister Harjit Singh Sajjan, saying there was enough documentary and circumstantial evidence on record to prove the Indo-Canadian’s Khalistani sympathies.

Those criticizing Chief Minister Captain Amarinder Singh were playing into the hands of anti-Indian forces, which were out to destroy the secular fabric of the nation, said Punjab Pradesh Congress Committee (PPCC) leaders and MPs Ravneet Bittu and Gurjeet Aujla, in a statement issued here on Monday.

They urged all organizations, including political parties, not to indulge in petty politics over such a serious issue, which had grave implications for the future of Punjab and its people.

The pro-Khalistani leanings of Sajjan, scheduled to kick-start his controversial India visit on Monday evening, had been endorsed by several leaders of his own Liberal Party, many of whom had quit the party in protest against his candidature as a Liberal, the PPCC leaders pointed out.

Sajjan’s brazenly pro-Khalistani stance had also not gone down well with the Indian government when the Liberal candidate, at a Surrey temple Remembrance Day event in 2011, had warned his colleagues not to allow themselves to be photographed near posters of Khalistani martyrs. So much so that Ottawa was forced to apologize to India over the event, the PPCC leaders said, adding that as per publicly reported information, the apology followed complaints from some Punjabi-Canadians that religious fundamentalists would hijack a solemn day to honour the sacrifices of Canadian soldiers.

By choosing to ignore these, and many other documented facts, political and religious organizations in India were extending their subtle support to Sajjan and other pro-Khalistani elements like him, said the PPCC leaders, warning that this would prove to be highly damaging to the interests of India, particularly Punjab, in the long run.

The recent statements of several religious and political leaders, dubbing Captain Amarinder’s refusal to meet Sajjan during his India visit as a `conspiracy’, were a cause for concern as they had chosen to indulge in needless criticism for the sake of criticism, without even bothering to check out Sajjan’s background, the Congress leaders added.

Their dismissal of Captain Amarinder’s principled stand as `frivolous’ showed that these leaders were least concerned about the gravity of the issue and were merely interested in promoting their vested interests, said the PPCC leaders. It was shameful that certain elements within India were choosing to ignore hard facts that many in Canada itself had taken serious note of, they noted.

The Congress leaders further said that having been badly scarred by militancy in the past, Punjab could not afford to ignore such blatant signs of efforts to revive the Khalistani forces, which were simply waiting to draw out their fangs at the slightest opportunity. The run-up to the assembly polls had witnessed several incidents lending credence to these fears, they said, citing AAP leader Arvind Kejriwal’s stay at a former KCF commando’s house and the Maur bomb blast.