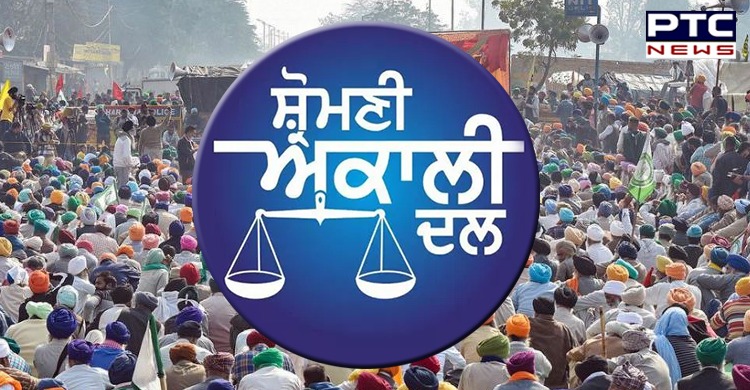 The Shiromani Akali Dal (SAD) will observe the start of the 100 year celebrations of the party by holding an Akhand Path at Sri Akal Takht from December 12 to 14 and has cancelled its three day programme which was scheduled to be held at Sri Anandpur Sahib keeping in view the ongoing ‘kisan’ agitation.

A decision to this effect was taken at a meeting of the party’s core committee held last night which was presided over by party President Sukhbir Singh Badal.

Disclosing this, party spokesman Dr Daljit Singh Cheema said thousands of Akali workers were participating in the ongoing protest on the border with Delhi. He said it was felt that the ongoing kisan agitation would suffer in case a large scale three day event was held at Sri Anandpur Sahib as planned by the party.

“It was accordingly decided that an Akhand Path would be held at Sri Akal Takht to mark the occasion and that the same would culminate on December 14”.

The core committee also gave its wholehearted support to the Bharat Bandh call given by farmer organizations for tomorrow. The committee also appealed to Punjabis as well as people across the country to show solidarity with the farmers on the occasion. It also announced that the central government should repeal the three agricultural marketing laws immediately and guarantee assured government procurement at minimum support price (MSP) a statutory right.