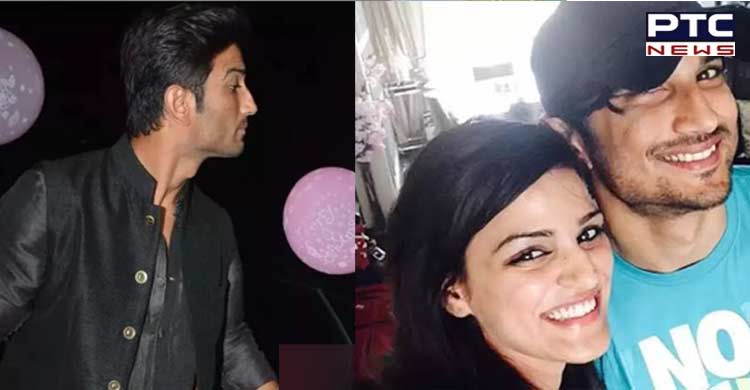 Mumbai , June 14 : Bollywood actor Sushant Singh Rajput's untimely demise left a void in the heart of his fans and family members. On his 2nd death anniversary, the late actor's sister, Shweta Singh Kirti, pens down a heartfelt note on her Instagram account.

"It has been 2 years since you left your mortal abode, Bhai, but you have become immortal because of the values you stood for. Kindness, compassion and love for all were your virtues. You wanted to do so much for so many. We shall continue to model after your wonderful virtues and ideals in your honor.

Bhai, you have changed the world for the better and will continue to do so even in your absence.

Let us all light a lamp today and perform a selfless action to bring a smile to someone's face" she captioned.

In the post, the 'Chhichhore' actor is seen holding the hand of his fan in a black a kurta pyjama.

The actor passed away in 2020 at his Bandra residence which created a lot of controversies. The CBI was brought to investigate the actor's death from various angles
Post demise, his Patna residence was turned into his memorial with the late actor's telescope, books, guitar and other personal things.

Sushant Singh Rajput made his Bollywood debut with 'Kai Po Che' and was known for his kind gesture, and always treated his fans with utmost pleasure, he gathered a lot of popularity after his biggest success 'M.S Dhoni - The Untold Story'. His last big-screen appearance was 'Chhichhore' which was released in 2019 and was a blockbuster hit.
The actor was last seen in director Mukesh Chhabra's 'Dil Bechara' opposite Sanjana Sanghi which was the official remake of the novel 'The fault in our stars', the film went for an OTT release.