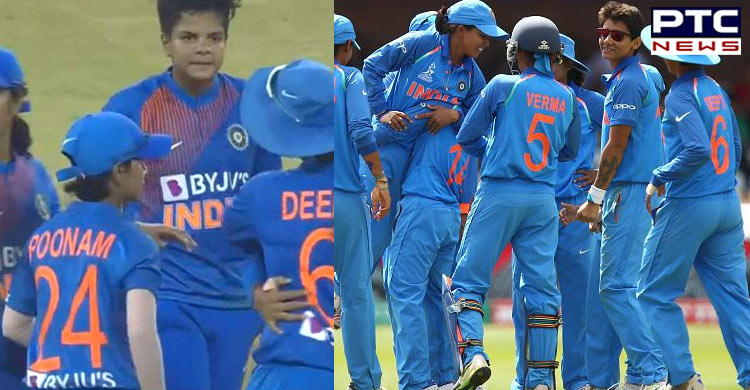 Shafali Verma became the youngest T20 debutant for Team India when she was named in the playing XI for the first T20 against South Africa at the Lalabhai Contractor Stadium in Gujarat on Tuesday. She opened the batting for India but was out for a duck. She is the youngest player to represent India after Gargi Banerjee.

Shaifali got her T20 cap following her phenomenal domestic season, where she scored 1,923 runs, including six centuries and three half-centuries. South Africa won the toss and elected to field first. While opening the innings, Shafali was dismissed by Sekhukhune in the first over for a duck. In the last over of the powerplay, India lost another wicket of Smriti Mandhana.

Blue Army lost two wickets in the powerplay. Despite early jolts, the team managed to score a fighting total of 130-8, including the highest score by the skipper Harmananpreet Kaur 43. When South Africa came to bat, they lost three early wickets in the powerplay, including Lizelle Lee (16), Tazmin Brits (3) and Nadine de Klerk (0). Radha Yadav dismissed the major threat, Mignon du Preez, who was playing ferociously at 59.

Likewise, Poonam Yadav dismissed Proteas skipper Sune Luus for a Golden duck. For India, Deepti Sharma was awarded the Player of the Match title for her exceptional bowling. In her four overs, she gave just 8 runs taking 3 wickets. Now, both the teams will take on each other in the second T20 match at the same place on September 26.