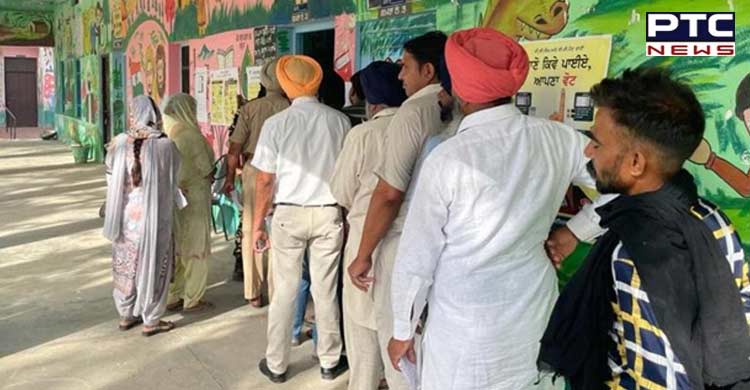 Chandigarh, June 24: A voter turnout of 45.30 percent was recorded in the bypoll to Punjab’s Sangrur Lok Sabha constituency on Thursday, the lowest since 1991, official figures revealed.

The voting started at 8 am on Thursday and continued till 6 pm wherein most of the nine assembly segments saw a poor turnout.

Earlier, Chief Minister Bhagwant Mann had urged Election Commission to extend the voting time till 7 pm since many people were working in fields until late due to the paddy-sowing season.

The Election Commission then asked for an explanation from the chief secretary of Punjab and the deputy commissioner of Sangrur, claiming that their actions amounted to an “attempt of unduly interfering in the election process and influence certain class of voters by conveying them to expedite voting or wait for time extension”.

The poll body further said that it condemns such behaviour by the officers during the election process.

The bypoll to the seat was necessitated after Bhagwant Mann resigned from the Lok Sabha after he was elected as an MLA in the state assembly elections earlier this year.

Mann had won the Sangrur constituency in the 2014 and 2019 parliamentary elections.