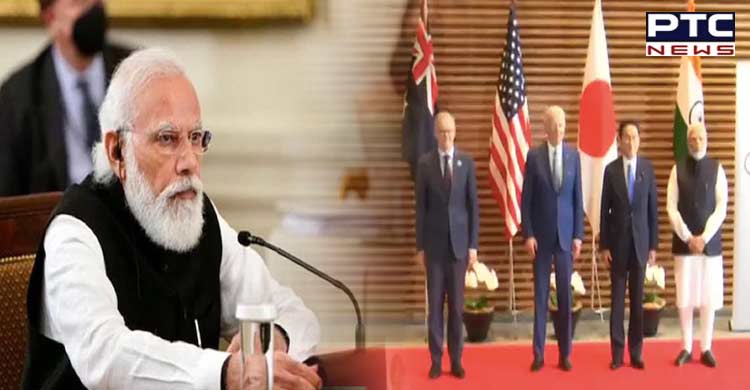 Tokyo, May 24: Prime Minister Narendra Modi on Tuesday highlighted India's consistent and principled position on the need for cessation of hostilities, resumption of dialogue and diplomacy, at the second in-person Quad Leaders' Summit in Tokyo.

Prime Minister Narendra Modi, along with leaders of the Quad nations, took part in the fourth interaction of the leaders, which saw criticism of Russian military action in Ukraine, from Australia, Japan and the United States.

India on several bilateral and multiracial forums has said that it stood for the diplomacy path amid the Ukraine conflict that had led to heavy casualties on both sides and largescale humanitarian crisis in Europe. 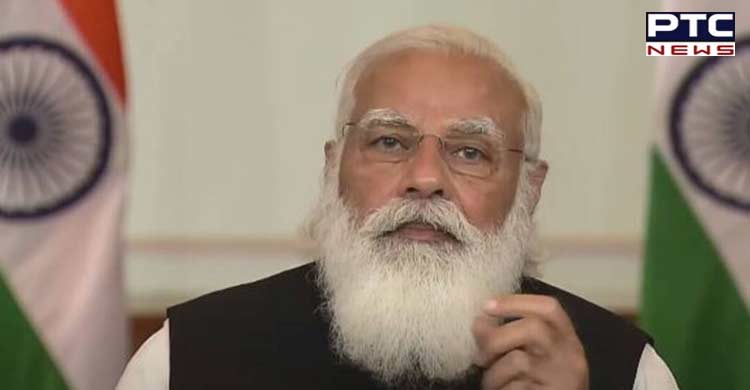 During the summit, the leaders reiterated their shared commitment to a free, open and inclusive Indo-Pacific and the importance of upholding the principles of sovereignty, territorial integrity and peaceful resolution of disputes. They exchanged perspectives on developments in the Indo-Pacific and the conflict in Europe.

According to the Ministry of External Affairs (MEA), the leaders reiterated their desire to combat terrorism, denounced the use of terrorist proxies and emphasized the importance of denying any logistical, financial, or military support to terrorist groups which could be used to launch or plan terror attacks, including cross-border attacks. 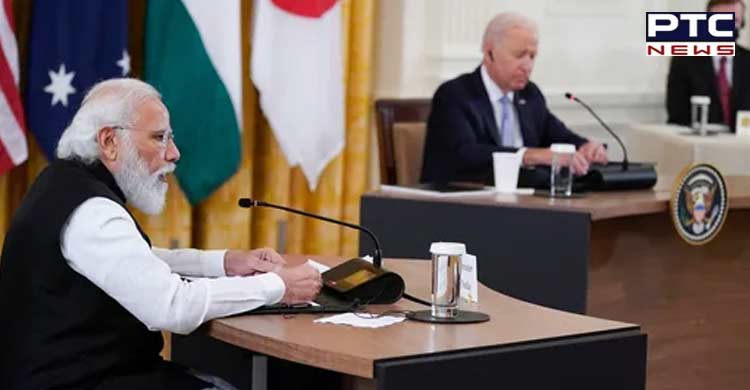 Reviewing Quad's ongoing efforts to combat the Covid-19 pandemic, the leaders welcomed the enhanced manufacturing capacity of the Biological-E facility in India and called for the expeditious grant of EUL approval by the WHO so that delivery of vaccines can commence.

"The leaders welcomed the gift of 525,000 doses of Made in India vaccines by India to Thailand and Cambodia in April 2022 under the Quad Vaccine Partnership. They will continue to pursue a holistic approach to pandemic management by addressing last-mile delivery and distribution challenges, augmenting regional health security through cooperation in genomic surveillance and clinical trials, and bolstering global health security architecture," the MEA said in a statement.

PM Modi called for an expedited WTO waiver under TRIPS for the manufacture of Covid vaccines, medicines and therapeutics and the need for to enhance pediatric vaccine supplies, the MEA added.

A Quad Climate Change Action and Mitigation Package (Q-CHAMP) was announced to strengthen efforts towards green shipping, clean energy including green hydrogen and climate and disaster-resilient infrastructure. Prime Minister reiterated the importance of assisting countries in the region with their COP26 commitments through mobilisation of climate finance and technology transfer.

As part of the ongoing work related to critical and emerging technologies, Quad's Common Statement of Principles on Critical Technology Supply Chains was launched. The four countries will coordinate capacity building programmes for the Indo-Pacific region to bolster critical cyber security infrastructure of the region.

The Prime Minister called for greater Quad collaboration to build trusted global supply chains and spoke of the national framework being adopted in India to create a semiconductor ecosystem in India. 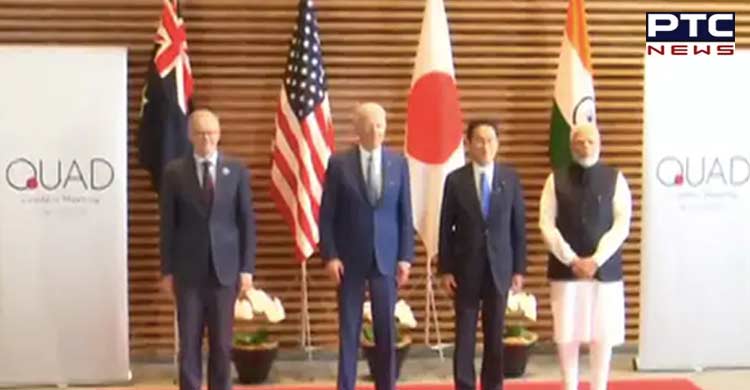 A Quad Partnership on Humanitarian Assistance and Disaster Relief (HADR) for the Indo-Pacific was announced by the Leaders to enable more effective and timely responses to disasters in the region.

"The leaders agreed to provide countries in the region resources on earth observation data through a Quad satellite data portal to help track climate events, disaster preparedness and sustainable use of marine resources. India will play a proactive role in this effort given its longstanding capabilities in using space-based data and technologies for inclusive development," the MEA said.

Quad leaders welcomed a new Indo-Pacific Maritime Domain Awareness Initiative, to help countries bolster their capacities to respond to HADR incidents and combat illegal fishing. The leaders reaffirmed their unwavering support for ASEAN's unity and centrality and look forward to strengthening cooperation with partners in the region.

The Prime Minister emphasized the importance of delivering on Quad's positive and constructive agenda and show tangible benefits for the region. The leaders agreed to continue their dialogue and consultations and look forward to the next Summit hosted by Australia in 2023.