After so much of campaigning and more than 14 hours of counting on the final day, the BJP-led National Democratic Alliance (NDA) has emerged as the winner of the Bihar Assembly election in the early hours of Wednesday morning. 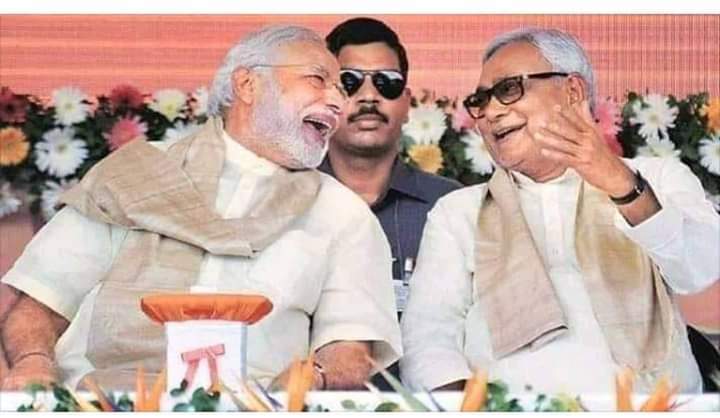 According to data on the Election Commission's website, the BJP won 72 seats to emerge as the senior member in its alliance with Chief Minister Nitish Kumar's JDU, which managed just 42. 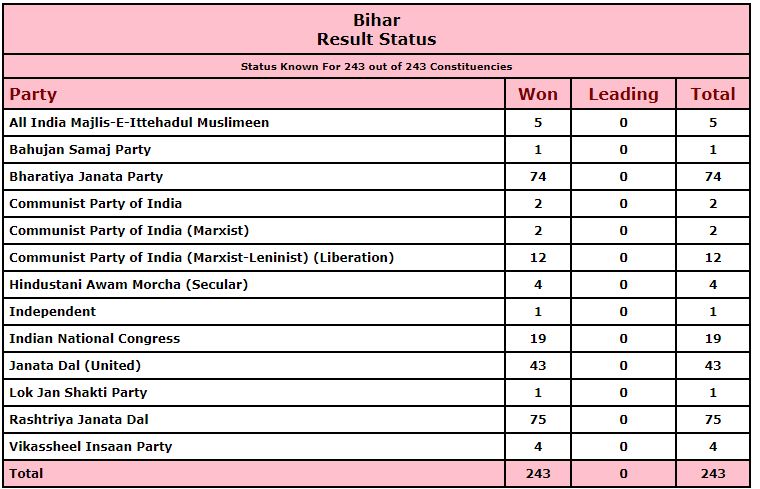 The opposition, led by the RJD's Tejashwi Yadav, put up a strong fight but eventually fell short. However, with 75 seats the RJD is the single-largest party. 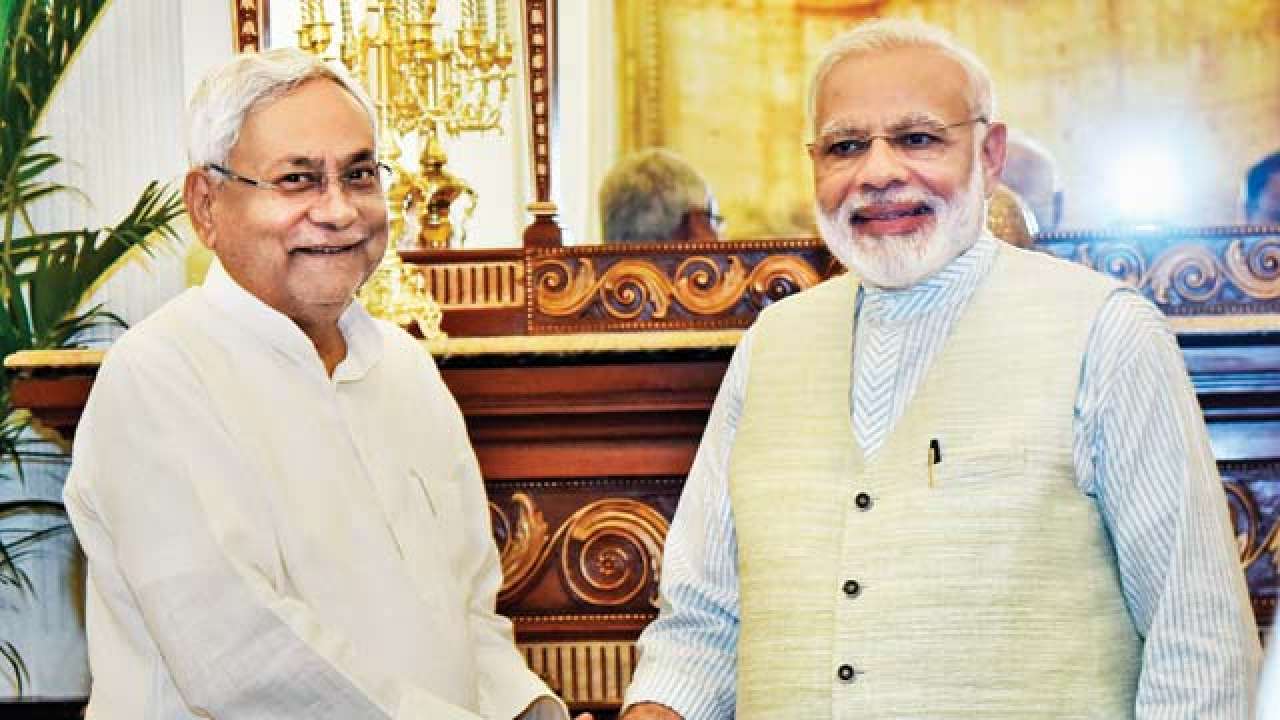 The Congress, viewed by many as the reason for the opposition's failure to go all the way, contested 70 seats but won only 19. Chirag Paswan's LJP, just won one seat.