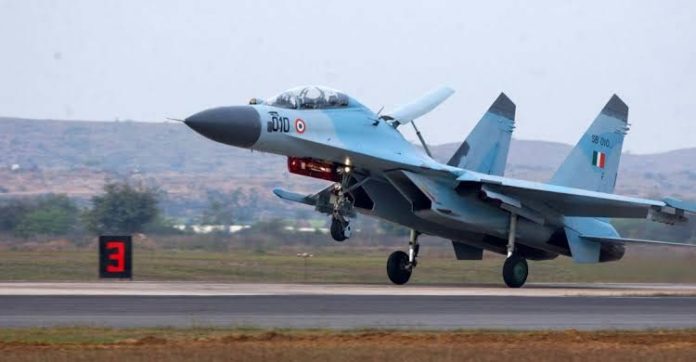 South India has got its first BrahMos-equipped Sukhoi-30 MKI squadron on Monday. Chief of Defence Staff (CDS) General Bipin Rawat along with Air Chief Marshal RKS Bhadauria inducted the first squadron of the multi-role fighter at the Thanjavur airbase. RKS Bhadauria said that “The decision to deploy the Su-30 MKI at Thanjavur was taken due to its strategic location. The SU-30 MKI inducted here is equipped with special weapon (BrahMos supersonic cruise missile).”

“The integration of the air launched version of the BrahMos missile with the SU-30MKI fighter has been done fully indigenously by BrahMos Aerospace, HAL and the Air Force,” he added. As per reports, the squadron, named Tiger Sharks, will be commissioned with about four-six fighters and likewise, the numbers is expected to be increased to 18 by the end of the year.

On Pakistan, Chief of Defence Staff General Bipin Rawat said that “All defence services are tasked to be prepared for any option that may emerge. It is very difficult to predict the scenario but we are always prepared for any task that we are assigned.”

Meanwhile, RKS Bhadauria said that “SU-30MKI with BrahMos is the strongest maritime combination that we have, in terms of weapon capability. Thanjavur is the ideal location because of access to both the east and west sides and Indian Ocean Region. It will bring huge capability in support of Navy.”