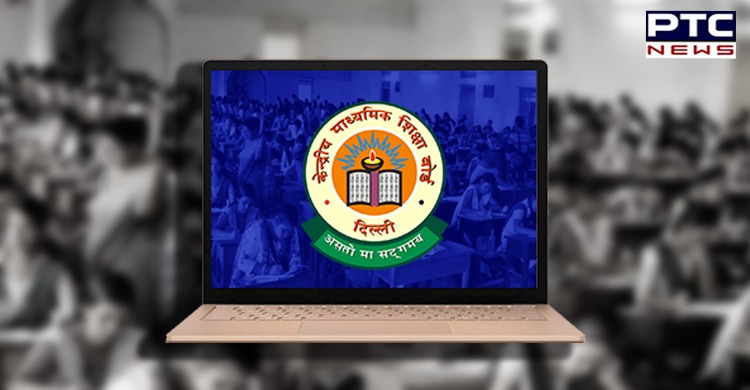 The Central Board of Secondary Education (CBSE) on Thursday issued a clarification that any decision on CBSE Class 10 and 12 board exams 2021 would be communicated timely on its official website.

Earlier, there were reports that the CBSE Board Exams 2021 for Class 10 and 12 would be held in March. The reports had advised the students to get prepared for the same. 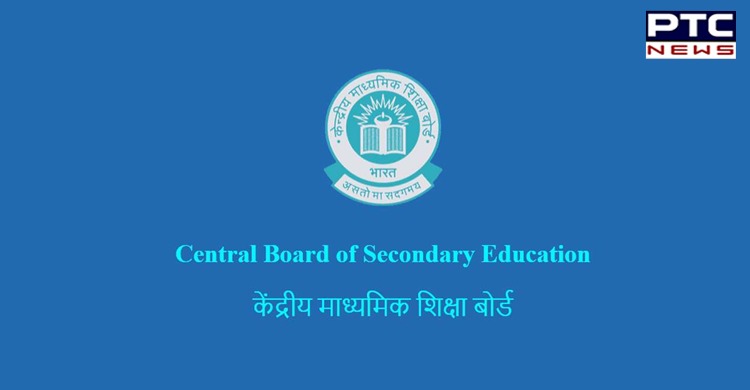 Some of the reports even stated that the dates of the practical exams have been declared that created panic among students and their families.

CBSE said in a statement that the board was aware of the concerns of the students and parents in the wake of the COVID-19 pandemic.

It also stated that it would take the decision only after consultation with all the stakeholders and will communicate at an appropriate time on its official website. 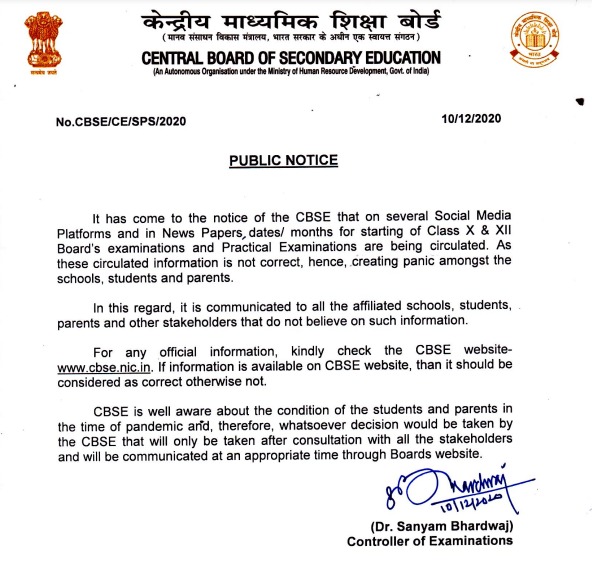 The Press Information Bureau (PIB) rejected the claims made by different reports about the exam dates on Twitter.

Earlier, the CBSE stated that the board exams in 2021 would take place in offline mode and that the consultations will decide the dates. 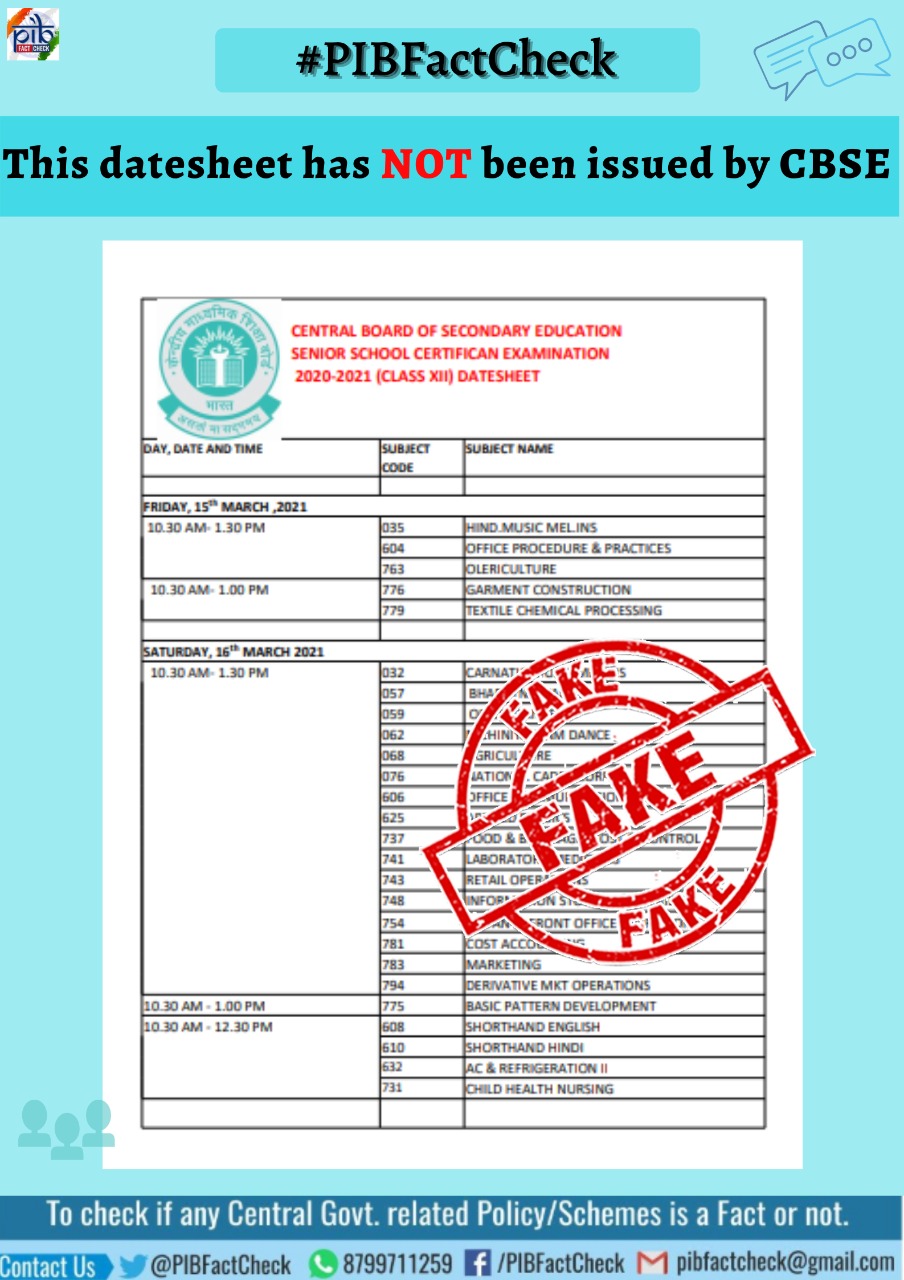 The Education Minister Ramesh Pokhriyal 'Nishank' on Thursday addressed the students and stated that an appropriate time would be given for preparation.

He also said that there was no compulsion to schedule the Board exams 2021 in March.