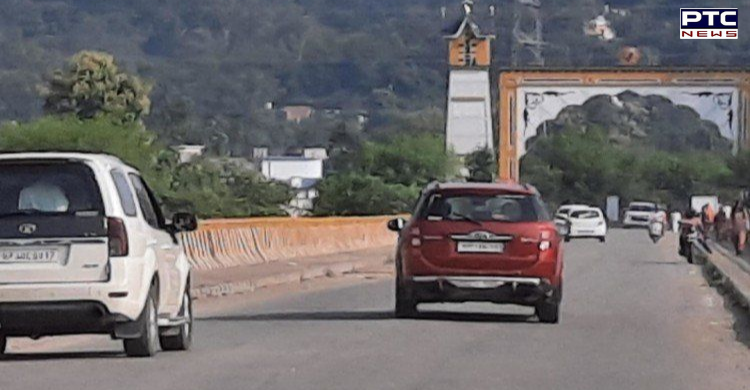 According to project director of National Highway Authority of India, Colonel Anil Sen, the restoration work on the bridge is almost finished, and it has been reopened for heavy motor and loaded vehicles.

Notably, the NHAI opened the bridge to two-wheelers and light passenger cars on September 12, but heavy trucks were still not allowed until the "protective work" on the bridge pillars was finished.

Meanwhile, the Chakki bridge was closed due to flash flood which washed away the weakened pillar of the bridge on the Himachal-Punjab border.

Notably, due to the strong flow of water in the pits, the railway bridge got washed away. Just as deep pits were formed near the pillars under the railway bridge, similarly the pits have also been formed around the bridge built on the roadway.

The NHAI had set up machinery and equipment to change the path of the Chakki rivulet and had begun operations to save the bridge's pillars. The authorities had routed traffic through the Kandwal-Lodwan-Pathankot link road when the bridge was closed.