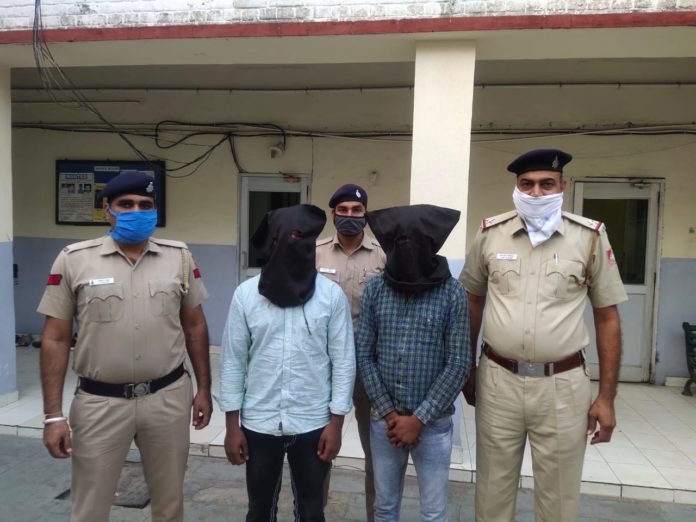 In a major breakthrough, the Crime Branch of Chandigarh Police under the supervision of Insp. Harinder Sekhon , Insp. Satvinder Singh and with the close guidance of Sh. Ram Gopal, DSP Crime is able to arrest the Gang Members of Kali Shooter Gang and recovered 1 pistol, 1 desi Katta and 4 live cartridges.

On 21.10.2020 a secret information came in that two people who belong to Kali Shooter Gang, also wanted in a case of attempt to murder of PS-Sohana were roaming in the area of Chandigarh to execute a major crime in Chandigarh.

Acting upon this information a naka was laid down on the dividing road of Sector-50, near Sports complex near street light pole No.11, Chandigarh, in the mean time two people sitting in Thar Jeep came there and were stopped, they tried to flee away, but were apprehended with the help of police officials.

During the search, one Pistol, .32 Bore & 03 live cartridges and one Desi Katta along with one live cartridge were recovered from the possession of them respectively. They were arrested and in this regard the above said case was got registered.

According to the police, all the accused were produced in the court and their 3 days police remand obtained. The investigation is still in progress.