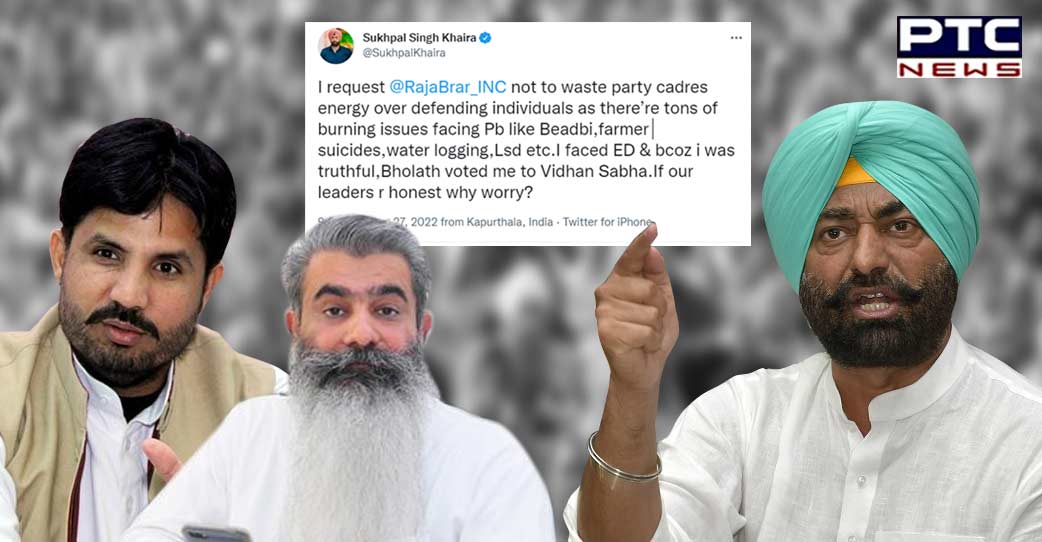 Mohali, August 27: Amid indefinite protest launched by the Congress in support of former Cabinet minister Bharat Bhushan Ashu in front of the Vigilance office in Ludhiana, party MLA Sukhpal Khaira on Saturday advised PPCC chief Raja Warring "not to waste energy of the party cadre for any one person".

I request @RajaBrar_INC not to waste party cadres energy over defending individuals as there’re tons of burning issues facing Pb like Beadbi,farmer suicides,water logging,Lsd etc.I faced ED & bcoz i was truthful,Bholath voted me to Vidhan Sabha.If our leaders r honest why worry?

Taking to his Twitter handle, Congress MLA Sukhpal Khaira said there were several other key issues such as sacrilege, farmer suicides, waterlogging, lumpy skin disease in Punjab. "We should not use the energy of the party cadre to defend any one person," he asked.

Reacting to this, Raja Warring said "advice should not be given without asking". The PPCC chief said he had already been raising the issue of water for farmers.

The Punjab Vigilance Bureau had arrested Congress leader Bharat Bhushan Ashu in the tender scam.  He was arrested from a salon in Ludhiana.