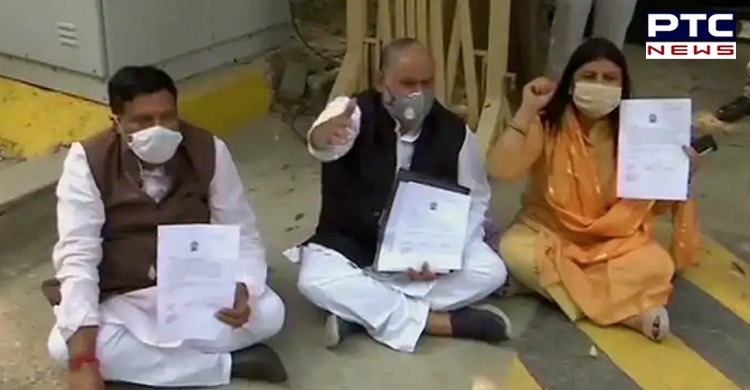 Mayors of all the three Municipal Corporations of Delhi - SDMC, NDMC and EDMC held a sit-in protest outside the residence of Chief Minister Arvind Kejriwal on Monday.

The mayors were protesting over the non-payment of salaries of the employees of the Municipal Corporation. They said, “Either call us in or we’ll sit here in protest. We won’t move from here”

Hundreds of doctors, nurses, sanitation workers, teachers and other employees of the municipal corporations have been protesting daily for non-payment of salaries for a long time now. On October 25, the Resident Doctors’ Association of NDMC Medical College and Hindu Rao Hospital went on an indefinite hunger strike against non-payment of salaries.

A lot of doctors sat outside the hospital demanding their dues pending for several months and raised slogans against the Delhi government.

Earlier in September, the North Delhi Municipal Corporation (NDMC) had even urged the Union finance and Home Ministries to intervene to help it clear salary and pension dues of its employees. None of the health workers working at the five hospitals under the NDMC have been paid their dues for at least three months now.