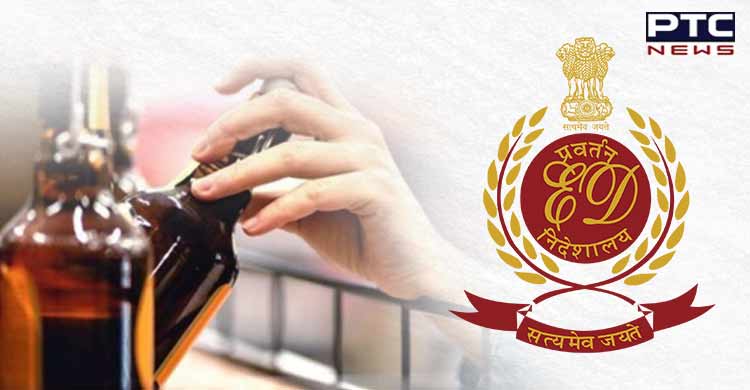 Earlier on September 6, the ED raids were conducted in Uttar Pradesh, Punjab Haryana, Telangana, and Maharashtra.

Last month, the enforcement agencies conducted searches on Delhi deputy chief minister Manish Sisodia’s official residence besides several other places in connection with the alleged corruption in the implementation of Delhi’s excise policy.

The Aam Aadmi Party had been maintaining that the allegations of corruption labelled against them were politically motivated.

The Chief Secretary’s report indicated substantively of financial quid pro quo at the top political level and that the Delhi Excise Policy was implemented with the sole aim of benefitting private liquor barons for financial benefits to individuals at the highest rungs of the government leading up to Manish Sisodia.

Sisodia, who is in charge of the excise department, has been under the scanner for alleged deliberate and gross procedural lapses which provided undue benefits to the tender process for liquor licensees for the year 2021-22.

Sisodia is believed to have executed decisions in violation of the statutory provisions of the Excise Policy, which could have huge financial implications. Such “undue financial favours” to the liquor licensees after the deadline for awarding tenders caused huge losses to the exchequer, sources earlier claimed.

The Delhi government’s version is that the policy was formulated to ensure the generation of optimum revenue, eradicate the sale of spurious liquor or non-duty paid liquor in Delhi, besides improving user experience.

The CBI had filed a case against alleged corruption in the 2021-22 excise policy. The excise policy was subsequently withdrawn by the AAP government.

Sisodia was among 15 others booked in an FIR filed by the CBI. Excise officials, liquor company executives, dealers, some unknown public servants and private persons have been booked in the case.

It was alleged that irregularities were committed including modifications in the Excise Policy and undue favours were extended to the license holders including waiver or reduction in licence fee, an extension of L-1 license without approval etc.

Sisodia had alleged on August 22, that he has received an offer by the BJP to join them by splitting the AAP in return for getting the cases of CBI and ED against him closed.