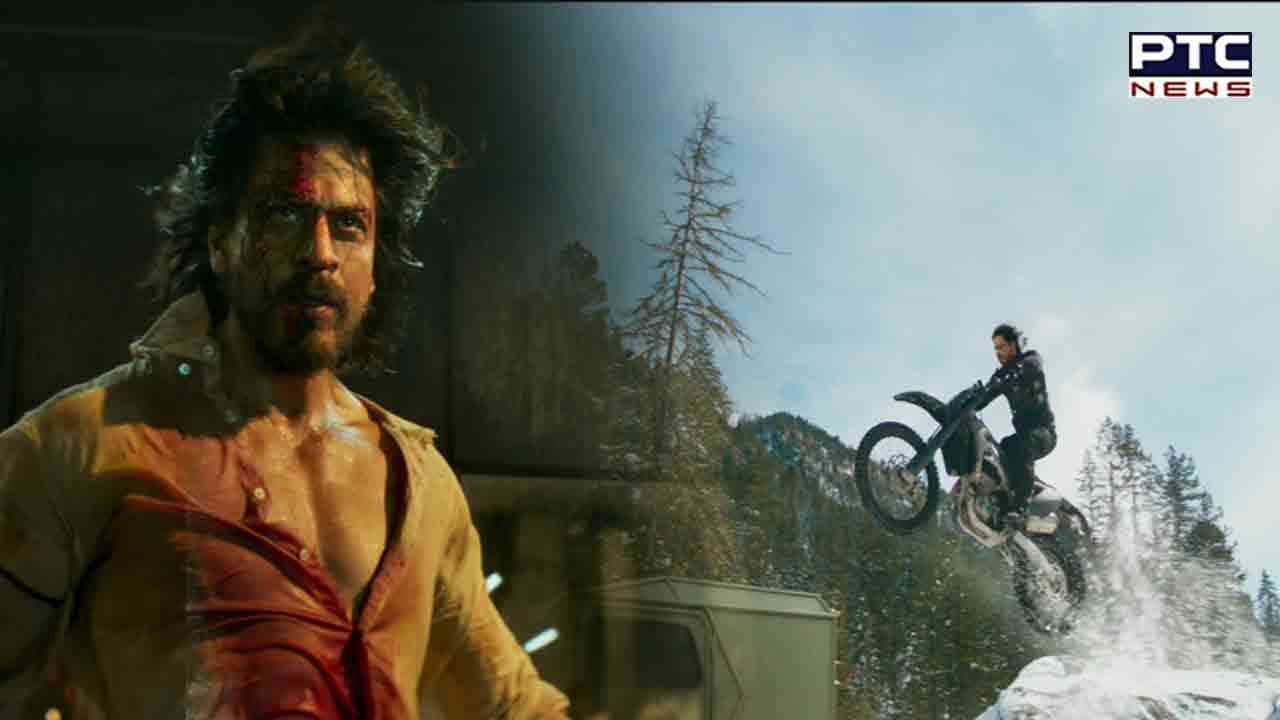 Mumbai, November 2: 57th birthday of superstar Shah Rukh Khan is special as today the first teaser of his film 'Pathaan' was unveiled and it features King Khan in a complete action avatar.

Helmed by Siddharth Anand, 'Pathaan' also stars Deepika Padukone and John Abraham. The trailer begins with a woman saying in a voiceover that Pathaan was caught by the enemies and tortured heavily on his last mission. The voice sounds a lot like veteran actress Dimple Kapadia. After the voiceover, Shah Rukh Khan is introduced with a bang. He is seen breaking out of his cell after indulging in amazing fight scene.

The teaser then gives us a glimpse of Deepika, who is seen romancing SRK and performing impressive action scenes. John is believed to be an antagonist as he is seen fighting against SRK on trucks, fighter planes, water, and whatnot.

As soon as SRK dropped the teasers, fans and members of the film industry flooded social media with praises.

"Greates of all time," a social media user wrote.

"Whoaa. King is back," a netizen commented.

'Pathaan' is all set to hit the theatres on January 25, 2023, in Hindi, Tamil and Telugu. 'Pathaan' marks the return of SRK to silver screen after 4 years. It is presented by Yash Raj Films.

Apart from 'Pathaan', SRK will be also seen in Rajkumar Hirani's upcoming film 'Dunki' alongside Taapsee Pannu and in south director Atlee's upcoming action thriller film 'Jawan' opposite south actor Nayanthara, which is all set to hit the theatres on June 2, 2023.