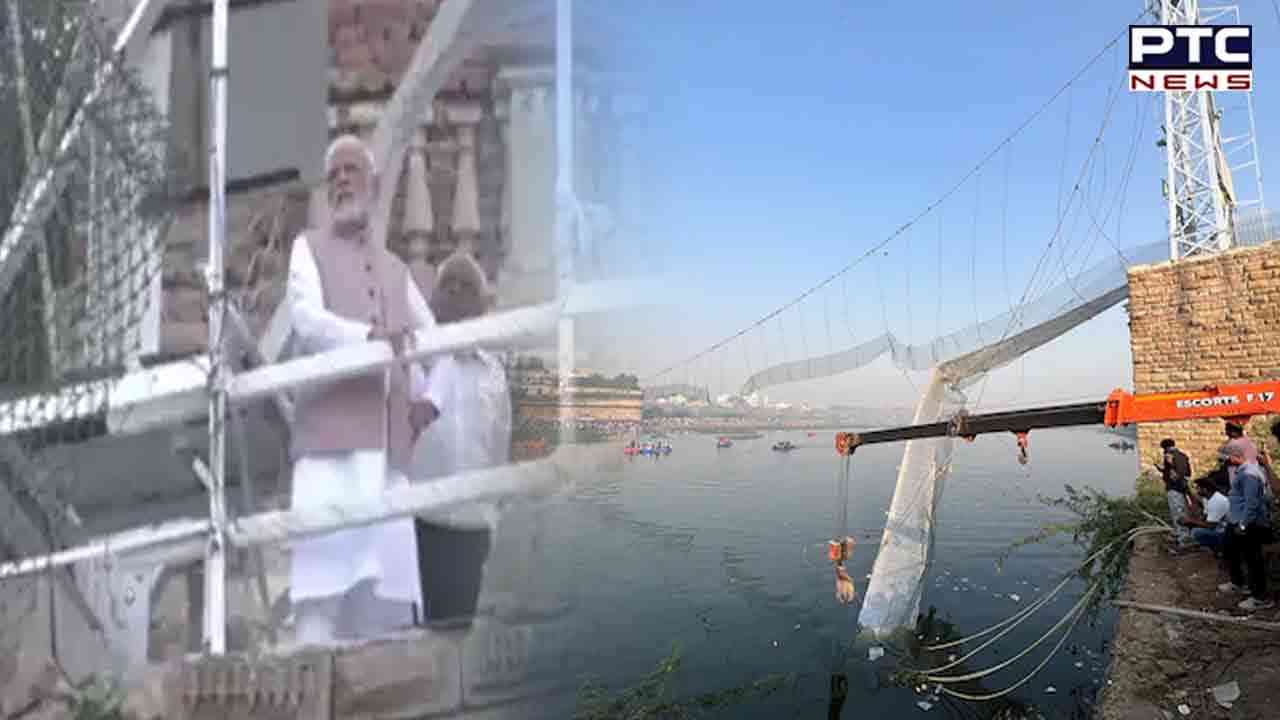 Morbi, November 1: Prime Minister Narendra Modi visited Morbi in Gujarat on Tuesday after the cable suspension bridge claimed the lives of at least 135 persons. The search and rescue operation is underway in the Machchhu river.

Prime Minister Narendra Modi also visited the victims of Morbi suspension bridge accident in hospital after inspecting the mishap site. He spoke to people who were involved in rescue and relief operations.

At least 135 persons, including women and children, were killed and over 100 are receiving treatment for their injuries sustained after a cable suspension bridge in Morbi town collapsed on Sunday, plunging people into the Machchhu River. Prime Minister Narendra Modi chaired a high-level meeting at Raj Bhavan, Gandhinagar, on Monday to review the situation in Morbi.

The Prime Minister was briefed on the rescue and relief operations that have been underway ever since the unfortunate mishap took place in Morbi. All aspects relating to the tragedy were discussed. Prime Minister emphasised on ensuring that those affected get all possible assistance, a PMO release said. 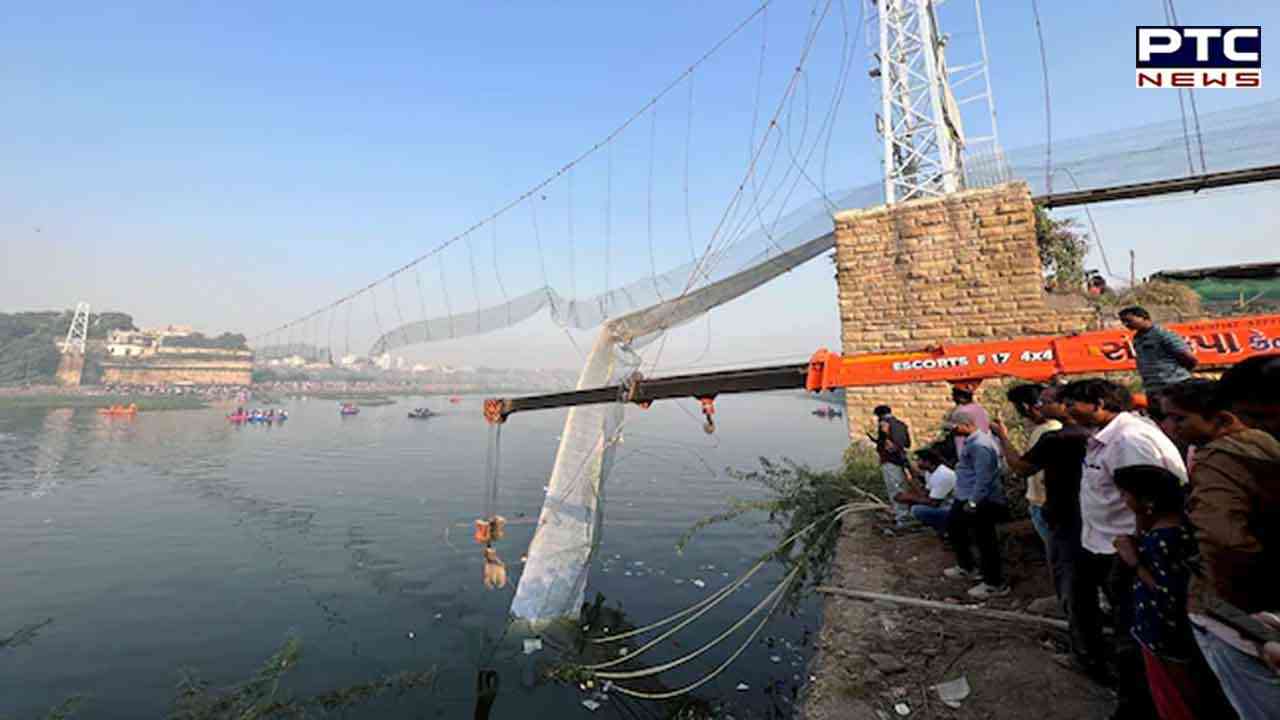 The high-level meeting was attended by Gujarat Chief Minister Bhupendra Bhai Patel, Home Minister Harsh Sanghavi, Chief Secretary and DGP of Gujarat, along with other top officials including from the Home Department of the state and Gujarat State Disaster Management Authority.

The Prime Minister had said earlier that there will be no laxity in rescue and relief operations.

The Gujarat government has constituted a five-member committee headed to probe the bridge collapse incident. Nine persons including officials of Oreva, the company that renovated the bridge, ticket sellers and security men have been arrested for the Morbi bridge collapse.