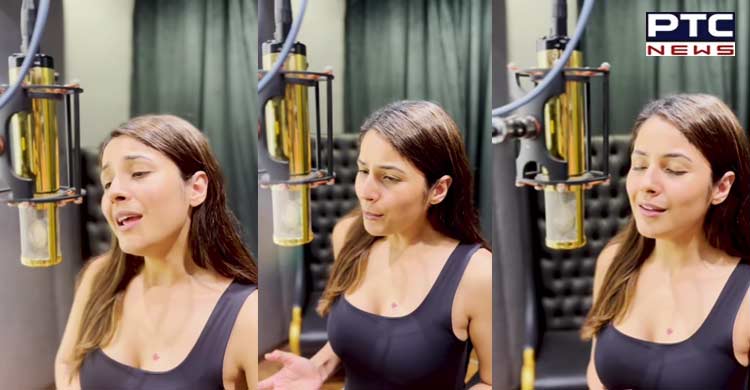 Taking to her Instagram handle, Shehnaaz dropped a video with the 'Mehabooba' track from the movie 'KGF 2.' Directed by Prashant Neel, the film starred south actor Yash alongside Sanjay Dutt and Raveena Tandon, Prakash Raj, and Srinidhi Shetty in prominent roles, and was released in Hindi, Tamil, Telugu, Malayalam, and Kannada languages.

In the video, Shehnaaz Gill is seen wearing a blue coloured vest top that she paired with printed bottom. Along with the video, she posted star emojis.

When she shared the post, fans bombarded the comment section with love and affection and praised her voice. 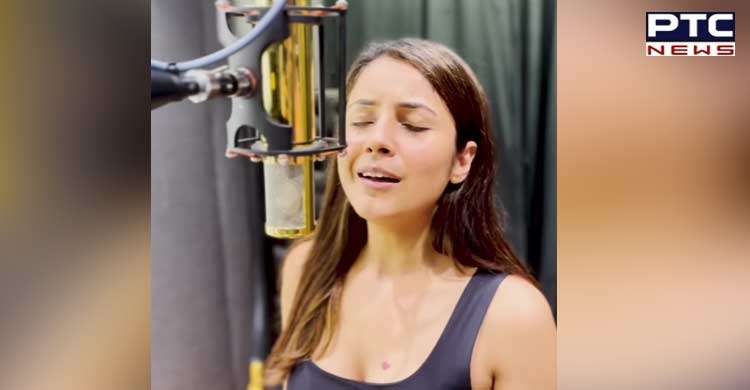 In the video, Shehnaaz Gill is seen wearing a blue coloured vest top that she paired with printed bottom. Along with the video, she posted star emojis.

'KGF: Chapter 2' gathered positive responses from the netizens and collected over Rs 500 crores at the Indian box office post Covid. The film is currently the third highest-grossing Indian film of all time.

Earlier, Shehnaaz dropped a video in which she was seen singing the song 'Hasi Ban Gaye', 'Jo Bheji Thi Dua,' which left the fans emotional.

Meanwhile, on the work front, Shehnaaz gained fame after her stint on 'Bigg Boss 13'. Shehnaaz and Sidharth Shukla, popularly called 'SidNaaz' by fans, got close to each other when they were in the 'Bigg Boss 13' house, though they never officially acknowledged being a couple. Sidharth later won the reality show in 2020.

Sidharth passed away on September 2, 2021, after suffering a cardiac arrest. He was 40. After the sudden demise of Sidharth, Shehnaaz has released a heartfelt music video tribute titled 'Tu Yaheen hai'. She also graced the sets of 'Bigg Boss 15' season finale and dedicated a special tribute in the beloved memory of her close friend.

She began her modelling career with the 2015 music video, 'Shiv Di Kitaab'. In 2017, she made her debut as an actress in the Punjabi film 'Sat Shri Akaal England' and later starred in 'Kala Shah Kala' and 'Daaka' in 2019.