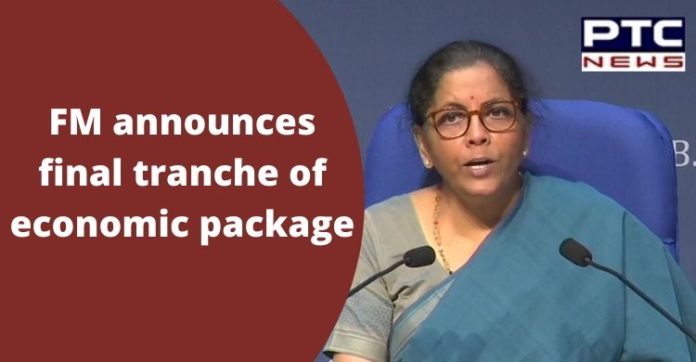 On Saturday, the Finance Minister had announced major reforms in key economic and strategic sectors, including a hike in foreign direct investment to 74 percent in the defence sector and opening doors for the private sector to enter the hitherto-barred areas of coal mining, atomic energy and space.

The Finance Minister had also announced the relief packages for the migrants, labourers and farmers. She had extended support and tax breaks to MSMEs in previous announcements.