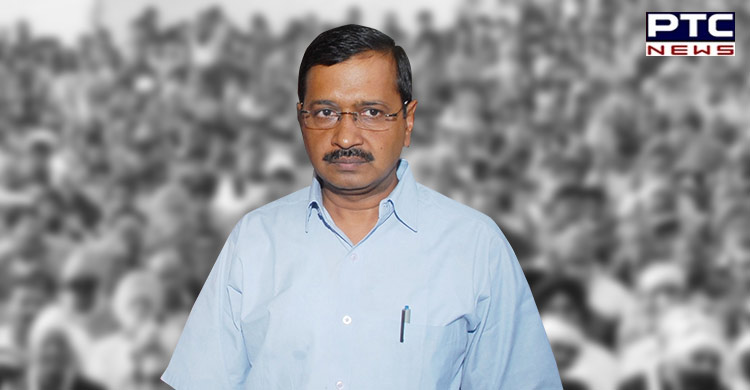 New Delhi, September 21: A group of former 30 IPS rank bureaucrats on Tuesday wrote to the President of India and sought action against Delhi Chief Minister Arvind Kejriwal over his conduct with police personnel in Ahmedabad.

In a letter addressed to head of the State President Droupadi Murmu, they wrote “As you are aware, in light of the upcoming elections, the State of Gujarat is witnessing extensive campaigning from various political parties including visits from several high-profile political leaders. Each politician is putting forth their best foot so as to cement a victory for their respective political parties. These campaigning efforts, taken by political leaders across the spectrum, is not out of the ordinary. In fact, such robust campaigning demonstrates the essence of Indian democracy. By virtue of offering free and fair elections, members of every political party are afforded the right to communicate their visions and aspirations to the general public.

In view of the forthcoming Gujarat State elections, the Chief Minister of Delhi, Mr. Arvind Kejriwal recently visited Ahmedabad with a view to campaign for the political party he represents. In ordinary circumstances, the Chief Minister’s visit would have been a routine and uncomplicated event. However, the incidents that have unfolded as a result of Mr. Kejriwal’s recent visit to the city of Ahmedabad have raised some worrying concerns. Whilst partaking in campaigning activities in Gujarat, Mr. Kejriwal sought to utilise public transport to visit the household of a rickshaw driver. The police officials that are enjoined with the duty of safeguarding the security of the Chief Minister acceded to this request. In order to ensure that the requisite level of security was maintained and to prevent any untoward lapses in the Chief Minister’s safety, the concerned police official stated that he would accompany the Chief Minister to the location. However, in response to the police official’s prudent suggestion, Mr. Kejriwal made certain distasteful and inconsiderate remarks. These curt remarks have caused deep injury to the police force.

Considering that Mr. Kejriwal is the Chief Minister of India’s capital city, the police force is duty bound to protect his safety. It was disheartening to note that in order to score a political brownie point, Mr. Kejriwal’s conducted himself in a manner that utterly belittled the police officers for diligently obeying their duties. By stating that the police officials of Gujarat are a black spot on the security provided by the State, Mr. Kejriwal sought to gain public validation and praise albeit at the expense of the police forces.

Unfortunately, Mr. Kejriwal has also orchestrated such events in the past. In 2017 during the run-up to elections in the State of Punjab, Mr. Kejriwal raised a similar grievance with the Punjab police, even asking for complete withdrawal of security. In response, the Punjab Additional Director General of Police (ADGP) addressed a firm letter stating that the police were duty-bound to provide security to the Chief Minister. It is noteworthy that soon after campaigning concludes, Mr. Kejriwal in a completely conflicting stance is quick to cite “threat perception” and allege that the police forces of the country do not offer him sufficient protection.

This recurring sequence of events makes it evident that the commotion created by Mr. Kejriwal with regards to the provision of security in Gujarat, akin to the hue and cry made in Punjab in 2017, is a consistent narrative carried out as a gimmick to influence public sentiments, injuring the morale and dignity of police forces. Therefore, Mr. Kejriwal’s comments and actions in Ahmedabad are shocking, more so considering that in the past Mr. Kejriwal has himself made several requests for heightened security. However, solely in pursuance of political gains, he has to the contrary made open remarks against protection from police forces. Such uncalled remarks and deprecatory behaviour, have serious implications on the security protocols that have been put in place for decades. By refusing to follow these protocols, Mr. Kejriwal could have exposed himself to the threat of an untoward incident that could well have an effect on his physical well-being. Further, in making such comments, Mr. Kejriwal has used language that is bound to lower the esteem of the police force at large. It is relevant to note that whilst police officials safeguard political figures as a result of their duties, they are not to be treated as subservient individuals that function at the beck and call of those that they protect. The use of such demeaning language by a public personnel, that too occupying the position that Mr. Kejriwal holds, will prove detrimental to the public perception of the police force. It was disheartening to see Mr. Kejriwal’s lack of respect for the police forces that work tirelessly to ensure that he is able to conduct his business with ease. Whether the officer in a question is a constable of the lowest rank, or the Director General of the Police, every member of the police force is entitled to be treated with due respect and dignity. We believe that a verbal tirade, such as what was on display, is unbecoming of a Chief Minister of India’s capital.

Further, whilst it is undisputed that political leaders are free to conduct unrestricted campaigns and rub shoulders with the general public, they must not forget that by virtue of the offices they hold, police officials are required to ensure that they are protected by round-the-clock police surveillance. Therefore, Mr. Kejriwal cannot on one hand expect police officials to provide him with full security, whilst on the other brusquely refuse security at times that he believes are politically beneficial.

We state that through his unpleasant words and actions Mr. Kejriwal intended to paint himself as a political martyr, however, in doing so he has unfairly created a spectacle of the police force not only in the State of Gujarat, but also throughout the country. We therefore humbly request you to intervene as the Head of State and counsel Mr. Kejriwal against such high headed and boorish behaviour that is intended to undermine the police force of our country.

Earlier on September 16, Fifty-six retired bureaucrats wrote to Election Commission seeking action against Arvind Kejriwal alleging that AAP convenor had induced public servants to work for the party during a press conference in Gujarat on September 3.

Former IAS, IFS and other services' officers are signatories to the letter.

The letter claimed Kejriwal's statements were in violation of Order 16A of the Election Symbols (Reservation and Allotment) Order, 1968 and sought de-recognition of AAP.