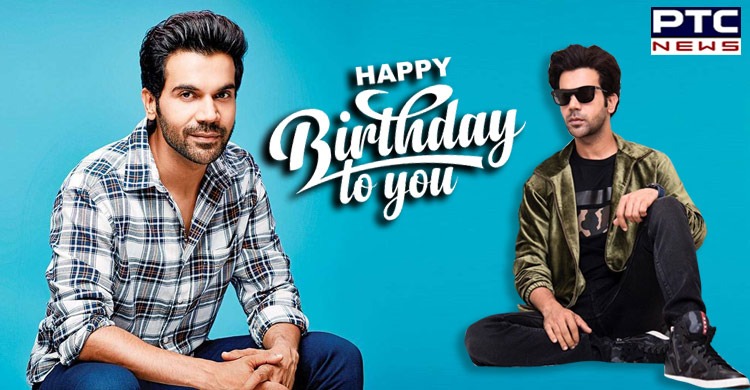 Happy Birthday Rajkummar Rao: Well, as Rajukmmar celebrates his birthday on Saturday, i.e. August 31, 2019, here are some facts about Rao, alias Rajkumar Yadav. He is an Indian Actor, who has established his career in Hindi cinema and is having several awards including National Film Award, Three Filmfare Awards and an Asia Pacific Screen Award. Rao did his graduation from the University of Delhi and later went to study acting in the Film and Television Institute of India, where he got graduated in 2008.

Later, he moved to Mumbai and made his debut in Love Sex Aur Dhokha in 2010. Prior to the brief roles, he got a breakthrough with the film Kai Po Che! (2013). Later, he appeared in the film Shahid in 2013, which is an acclaimed biographical drama. For Shahid, Rajkummar Rao got the National Film Award for Best Actor and the Filmfare Critics Award for Best Actor.

Happy Birthday Rajkummar Rao: Here are the Top 5 films in which his acting is worth appluadable:

The film which is his commercial blockbuster, as people loved his character in the film, and the way he played it, was literally exceptional.

Now, who doesn't like this movie, well this was so amazing that one can't get rid of laughing in the whole film.

"Jo Dil Mein Bhara Tune, Dekhegi Us Zeher Ko", this song has given a lot of people, a hype, with which they have started focusing on studies and becoming IAS, as the story is similar. The way Rajkummar Rao has played his character in this film is exceptional.

The film which is said the best one from Rajkummar Rao, as the film was tremendous, but Rao added spark with the brilliant acting.

Now, there is no words to justify Rakummar Rao's acting level on this film, as he just nailed it, on the right spot. Or in medical terms, he caught the right nerve of the character.