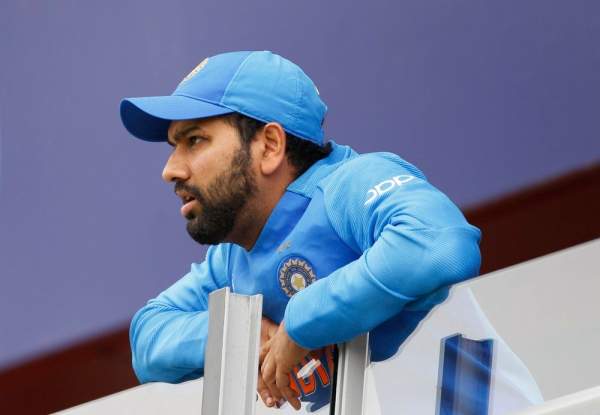 Although India lost to New Zealand in the semi-final match of the ongoing Cricket World Cup on Wednesday, opening batsman Rohit Sharma is still on the top of the highest run-scorer chart.

The 32-year-old right-handed batsman has amassed 648 runs in the tournament and is leading the table despite India having ended their World Cup campaign. He is the only batsman who has scored five centuries in the tournament and broke Sri Lanka's Kumar Sangakkara record for scoring the most centuries in a single edition of the World Cup.
Following Sharma, David Warner (647), Shakib Al Hasan (606), Joe Root (549), and Kane Williamson (548) are at the top five positions.

India, Australia and Bangladesh are out of the competition, so the runs of Sharma, Warner, and Shakib will remain the same, whereas Root and Williamson will play in the final of the World Cup.

In the final game, if Root scores a hundred, then he will surpass Sharma and attain the top spot.

Williamson needs 101 runs to break Sharma's feat. Other than Root, Jonny Bairstow (496) and Jason Roy (426) are in the top ten of the highest run-getter list who will play the final.

In the first semi-final match, New Zealand defeated India by 18 runs. While in the second semi-final, England won against Australia by seven wickets.
England will face New Zealand in the final at Lords on July 14. (ANI)