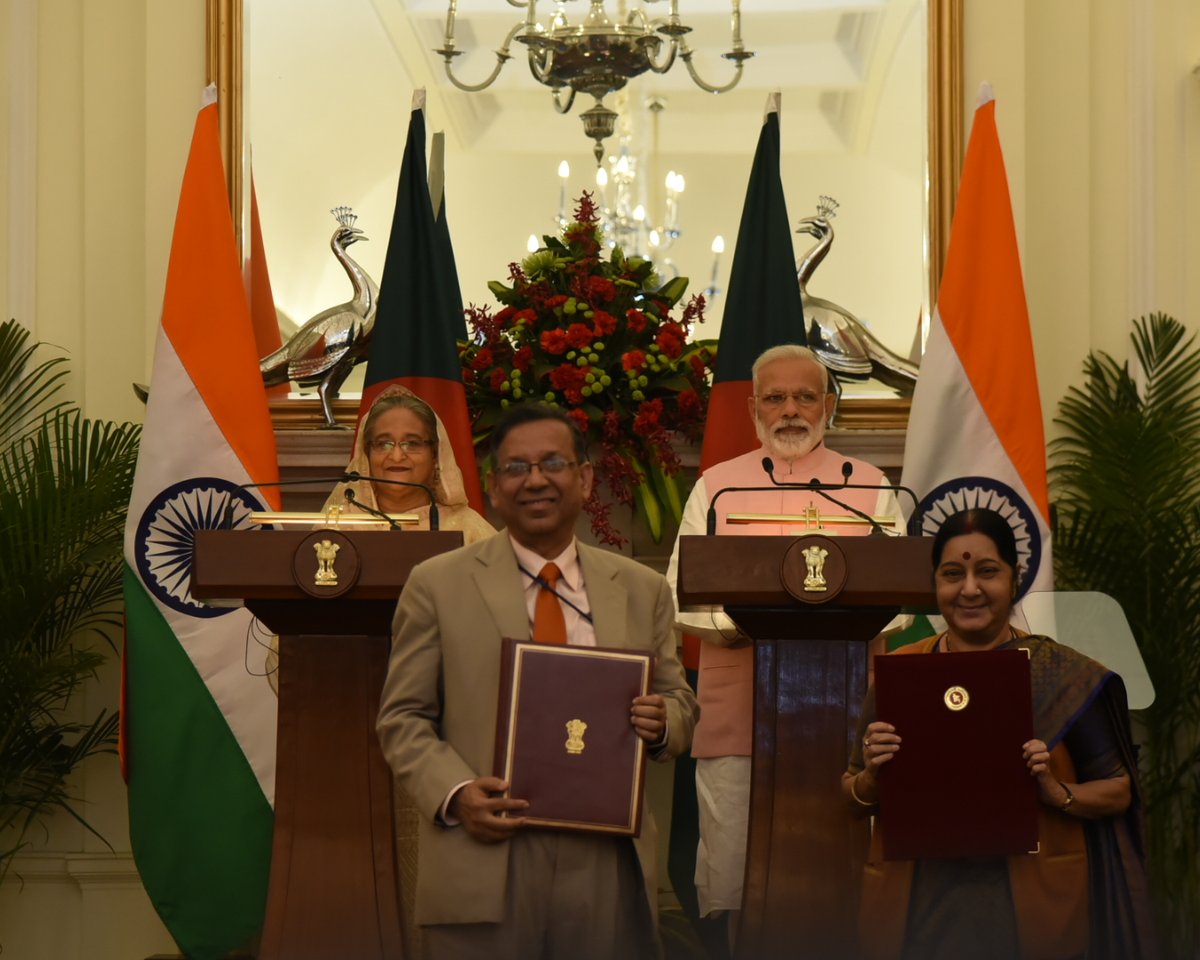 New Delhi: India and Bangladesh today resolved to step up anti-terror cooperation with Prime Minister Narendra Modi terming spread of radicalism as a "grave threat", not only to the two countries but to the entire region.

"While our partnership brings prosperity to our people, it also works to protect them from forces of radicalisation and extremism. Their spread poses a grave threat, not just to India and Bangladesh but to the entire region.

"We have the greatest admiration for Prime Minister Sheikh Hasina's firm resolve in dealing with terrorism. Her government's 'zero-tolerance' policy towards terrorism is an inspiration for all of us," said Modi at a joint media event with Hasina.

The Prime Minister also said both sides agreed that peace, security and development for people of the two countries and for the region will remain central engagement between the two neighbours.

"Today, we have also taken a long overdue step by signing an agreement on close cooperation between our armed forces. I am also happy to announce a Line of Credit of 500 million US dollars to support Bangladesh's defence related procurement.

In implementing this line of credit, we will be guided by Bangladesh's needs and priorities," he said.

On her part, Hasina said her government will take all necessary steps to ensure peace and security along the Indo-Bangla border and asserted that there will be zero-tolerance against terror.

Her comments came amid a spate of attacks on the Hindu community in Bangladesh.